Iraq | Again, temperatures around 50 degrees Celsius in the southern and eastern regions on Wednesday 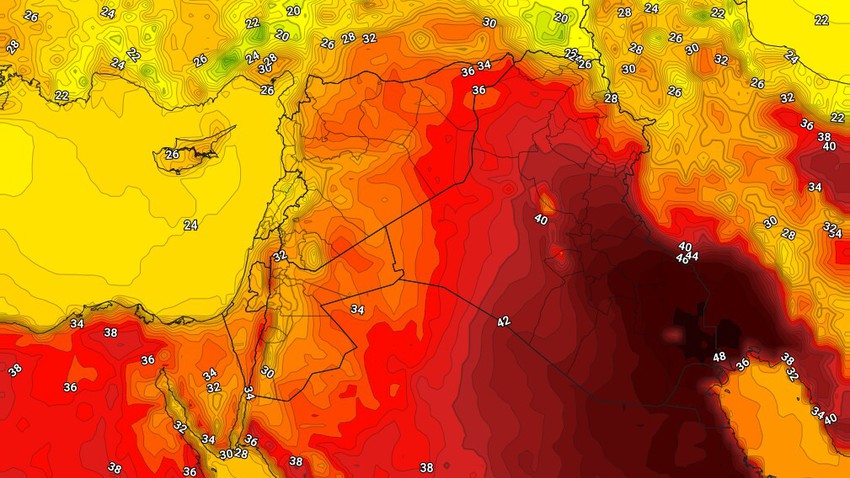 Arab weather - God willing, it is expected that the effect of the heat wave will continue in the southern and eastern regions on Wednesday, while there will be a decrease in temperatures in the rest of the regions while remaining much higher than their rates for this time of the year, and the weather will be relatively hot in the western regions, and very hot in The rest of the areas, coinciding with the appearance of clouds at high altitudes over some areas.

The maximum temperatures are around the mid-thirties in the west, and in the early forties of Celsius in the northern regions, while they are between the middle and end of the forties in the rest of the regions, including the capital, Baghdad, and touch the 50 Celsius in the southern and eastern regions.

Winds will be northwesterly to northwesterly, light to moderate in speed, active in some areas and dusty, especially in the north.

There is a decrease in night temperatures compared to the previous nights, and the weather is hot and gloomy in all regions and very hot in the southern and eastern regions, while it is pleasant during the late night hours and dawn over the western and mountainous regions.

Winds will be northwesterly, moderate in speed, active at times, and cause dust and dust in some areas.