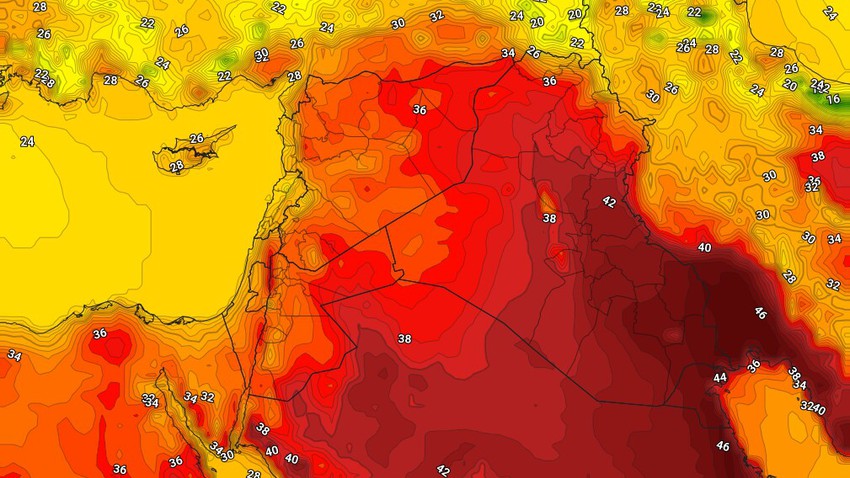 An increase in night temperatures, especially in the western regions

Winds will be northwesterly moderate, active at intervals, especially in the southern regions, and they will raise dust and dust in those areas, so that the weather remains dusty.