Iraq | Alert from dust waves and transmitted sandstorms, including domestic and international roads, in the coming days 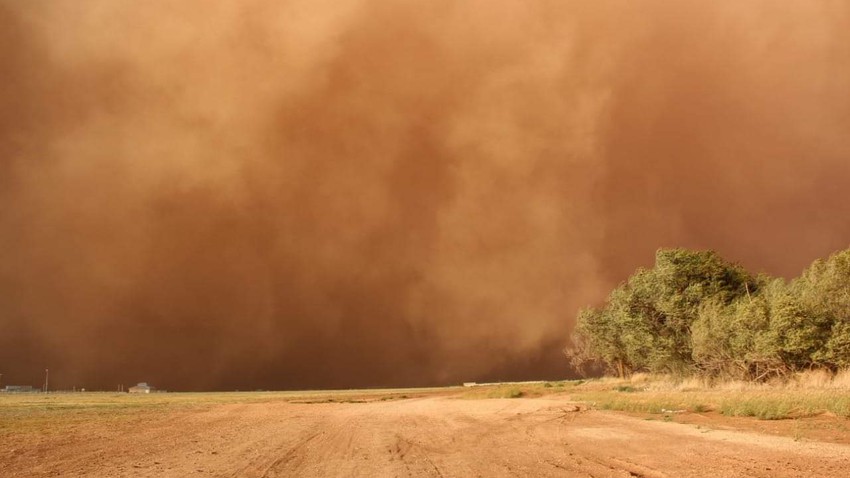 Arab Weather - The latest output of the numerical models processed by the Air Operations Department at the Arab Weather Center indicates moderate to active southwesterly winds accompanied by strong gusts over most of the western regions, all the way to the northern regions with the afternoon hours on Wednesday, which are dust-inducing, dusty, and possibly waves Dusty locally, and dust waves transmitted from eastern Jordan and the Levant Badia to northern and western Iraq on Wednesday afternoon and evening, but the dusty weather at night expands to include the capital, Baghdad, and the central regions.

On Thursday, the wind direction will change to northwesterly, moderate to active, with dust and dust, and perhaps dust waves, especially in the northern parts, and the weather will be dusty in many areas with varying rates.

Transferred sandstorms Friday and warning of lack of horizontal visibility

According to the initial indicators, a noticeable intensification of winds is expected on Friday to be active and accompanied by strong gusts exceeding the 80 km/h barrier, especially in the western regions, and dust waves are active in many regions of the country, especially the western parts. Badia Jordan and Badia Al-Sham to many areas of Iraq, which leads to a significant decline in the extent of horizontal visibility, and may reach the point of non-existence.