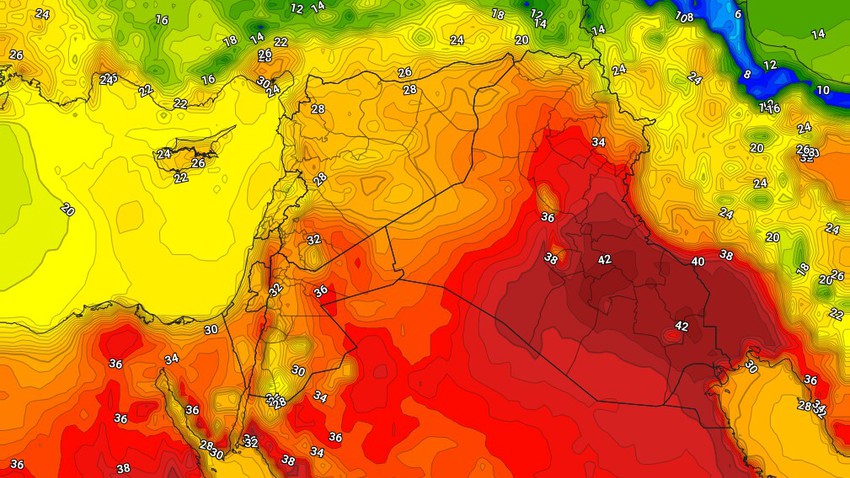 Arab Weather - There is a rise in temperatures on Monday, to become several degrees higher than their usual rates for such time of year, and the weather is generally hot, and warm in the northern mountainous highlands, and very hot in the central and southern regions, so that the temperatures are forty in those areas, including In it the capital, Baghdad, and this coincides with the increase in medium and high clouds in the air, so that the opportunity is ready for thunderstorms of rain in random and dispersed parts, and the rains of varying intensity and accompanied by a great activity on the speed of the surface winds that raise dust and dust.

The winds will be westerly to northwesterly moderate in speed and accompanied by active gusts over most of Iraq.

The weather at night is moderate in the northern and western regions, turning into pleasant during the late evening hours, and relatively cold over the northern mountainous heights, while it is warm to relatively hot in the rest of the regions, and clouds continue to appear at medium and high altitudes so that the possibility remains for showers. Thunderstorms from rain in some areas, and the winds will be fluctuating in direction and light to moderate in speed.

Iraq | High temperatures and active dust-inducing winds in all regions

Iraq | The heat intensified over the weekend