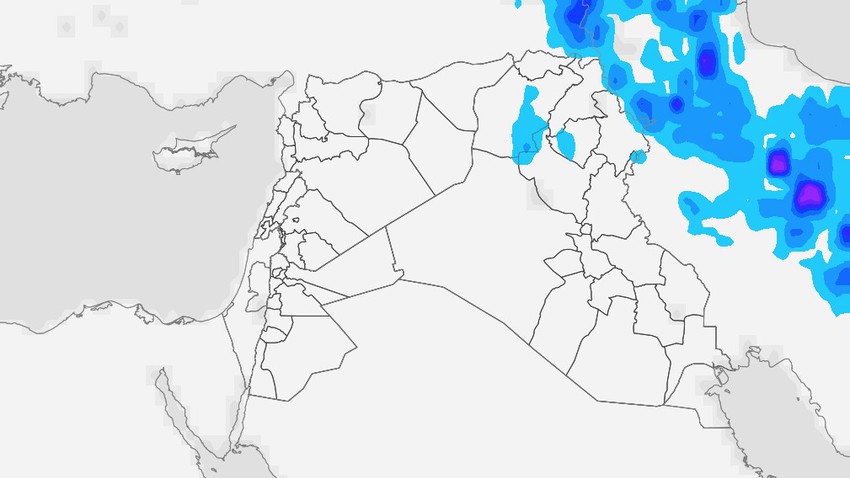 Arab Weather - There is a further rise in temperatures on Thursday, and the weather is hot in the western regions, and very hot in the rest of the regions, and the temperatures continue to be several degrees higher than their averages for this time of the year, and the chances of rain decrease compared to what it was on Wednesday However, medium and high clouds will continue to appear so that the possibility remains possible for thunderstorm showers of rain in limited and random parts concentrated in the northern highlands, and the winds will be fluctuating in direction and light to moderate speed is active sometimes in some areas.

Hot weather at night and temperatures in the mid-thirty in the capital, Baghdad

An additional rise in night temperatures occurs, and the weather is warm in the western regions and pleasant in the northern mountainous highlands, but it will be hot in the rest of the regions and the temperatures are in the mid-thirty degrees at midnight in the capital Baghdad, and the opportunity remains weakly prepared for local thunder showers Of the rain in limited parts is concentrated in the northern mountainous highlands, and the winds are fluctuating and light to moderate speed.