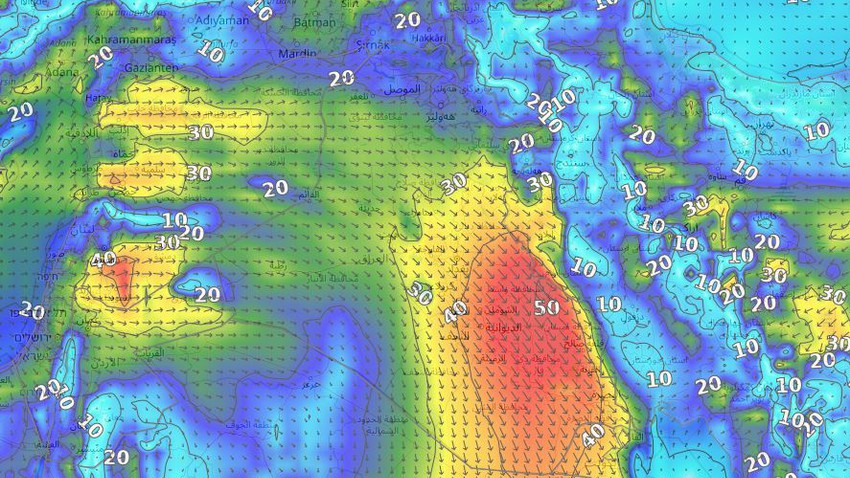 Arab weather - God willing, large parts of Iraq, especially the western ones, will be affected in the coming days by an air mass that is less hot than usual, as a result of which temperatures fall below their normal rates by several degrees Celsius, in conjunction with the blowing of northwesterly winds over the center and southeast of the country.

In the details, God willing, an air mass less hot than usual will rush from the eastern Mediterranean into the atmosphere of the Republic during the coming days, to become below its rates for this time of the year by 4-6 degrees Celsius in most areas, while the weather remains hot to very hot. over most areas except the highlands. 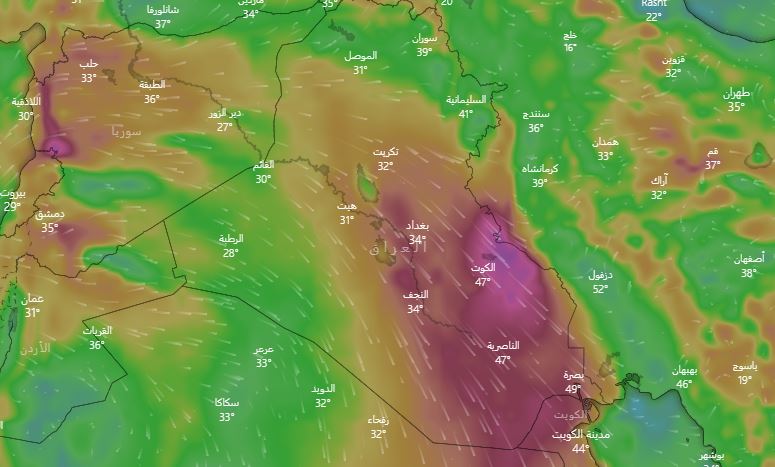 As a result of the positioning of a hot and dry air mass over most regions of the Arabian Peninsula, especially the eastern ones, leading to a deepening of the atmospheric depression in the southeastern corner, in conjunction with the flow of a less hot air mass over Iraq and the north of the Arabian Peninsula, this leads to the formation of a large difference in the values of atmospheric pressure Between those two regions, the distribution of air masses in this way results in northwesterly winds blowing in parts of the center and southeast of the country, with active speed, with strong gusts sometimes, especially in southeast Iraq, leading to dust and dust.