Iraq | An alert from active winds and dust in these areas, Thursday 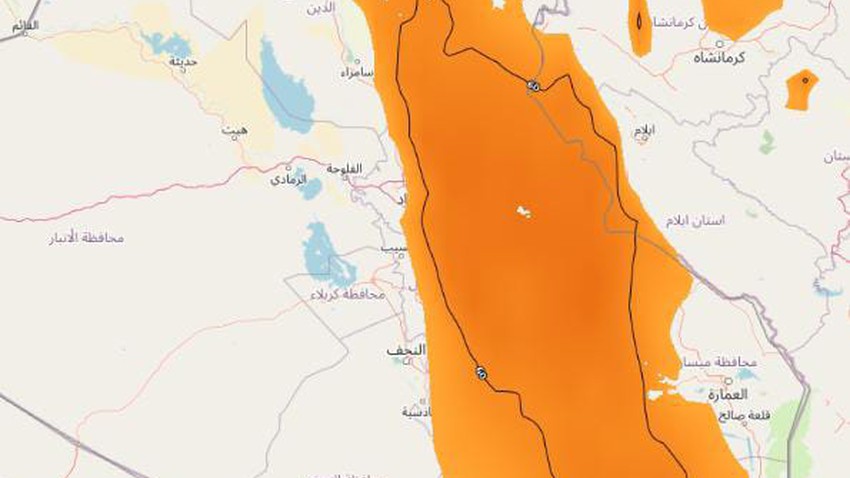 Arab weather - temperatures remain around slightly below their averages for this time of the year, and the weather is normal summer in the western regions, hot to very hot in the rest of the regions, especially in the southern regions, with temperatures exceeding the 40 degrees Celsius barrier in some cities and southern neighborhoods, including The city of Basra, with the appearance of low and medium clouds, especially in the western regions.

Winds will be volatile to northwesterly, light to moderate in speed, sometimes active in some areas and accompanied by strong gusts in the eastern parts, the speed of gusts exceeds the 60 km/h barrier, causing dust and dust, which are not excluded to be dense, especially in Kut.

The weather in the night hours is pleasant in the western regions, relatively cold in the northern highlands, and moderate to relatively hot in the rest of the regions, so that the temperatures are in the twenties levels in the capital, Baghdad, during the late night hours.

The winds will be variable in direction to northwesterly, light to moderate in speed, active at times over some areas and are exciting for dust and light dust.

Attention to the danger of an increase in the proportion of dust and dust in the atmosphere and its impact on patients with the respiratory system and eyes.
Wearing a light coat, especially for the inhabitants of the mountainous heights