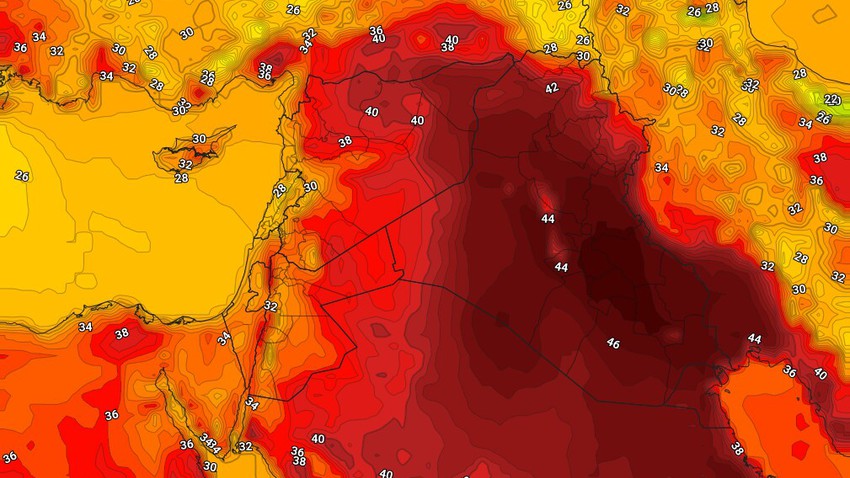 Arab weather - there is a rise in temperatures to become higher than their rates for this time of the year by about 4 degrees Celsius, and the weather is very hot in all regions, and some clouds appear at different heights.

The winds will be southeasterly active, with strong gusts that exceed the 60 km/h barrier over the western regions, which raise dust and dust and increase their concentration in the atmosphere, while they are northwesterly moderate in speed, sometimes active in the rest of the regions.

Hot weather in all areas at night

The weather in the night hours is generally hot, while it turns to become temperate in the northern highlands and western regions during the late night hours and dawn.

The winds are variable and light to moderate in speed, sometimes active over some areas.