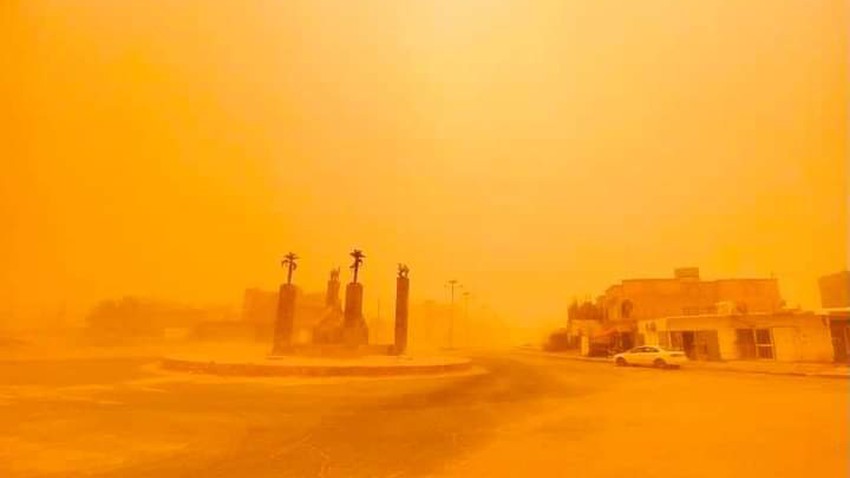 Weather of Arabia - Economist Basil Al-Obaidi revealed, on Thursday, the causes of climate changes and drought that are invading Iraq, especially in the current period, while stressing that the solutions needed to mitigate the effects of dust waves do not come through wishes and heartbreaks, but through hard work.

Al-Obaidi said: "Most of the current dust storms are due to climatic changes and drought that invades some regions of the world, which cause the confluence or intersection of depressions and air heights or sudden changes in wind paths," noting that "the green belts do not distance them from us because they take place at the heights and descend to ground".

He pointed out that "the issue of not taking care of the green belts goes back for decades because of the wars that the country witnessed, which reduced the thickness and hardness of the soil in many border and desert areas as a result of military operations and the movement of wheels and mechanisms in them."

The economic expert explained that “the abuses and slums contributed to the elimination of many green fences, as belts are often bypassed because they are more tempting in building and constructing complexes,” stressing that “the lack of water supplies from upstream countries has caused the demise or reduction of water bodies from lakes and marshes.” Lake Sawa and Habbaniyah are still subject to demise, and large areas of the marshes are subject to drought.”

He pointed out that “solutions needed to mitigate the effects of dust waves do not come through wishes and regrets, but through diligent work that requires developing plans that are jointly formulated and implemented by the concerned authorities,” reiterating his assertion that “continuing the situation as it is will expose our country to many calamities in the environmental fields.” economic and urban.