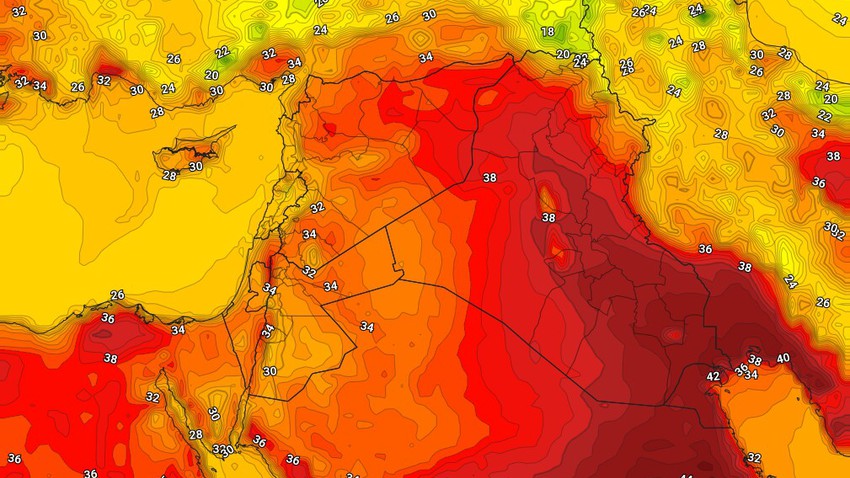 Arab weather - It is expected, God willing, that there will be a rise in temperatures to become around their rates for this time of the year on Thursday, and the weather will be hot in the western regions, and very hot in the rest of the regions, and there is a possibility of local thunder showers of rain in limited parts of the northern mountains in border areas.

The maximum temperatures exceed the mid-30s Celsius in the west, while they are at the end of the thirties Celsius in the northern regions, and in the early forties in the rest of the regions, including the capital, Baghdad.

Winds will be northwesterly to northwesterly, light to moderate in speed, energizing at times and causing dust and dust in some northern areas, and may reduce horizontal visibility in parts of those areas.

There is an increase in night temperatures compared to the previous nights, and the weather will be relatively hot to hot during the night hours, but it will tend to be moderate in parts of the western regions and the northern mountains in late times of the night.

The winds will be westerly to variable direction, light to moderate in speed, active at times, especially in the north, and they are dusty in those areas.