Iraq and Kuwait | Al-Bawareh winds will re-intensify on Thursday, and alerts of the formation of dust waves are renewed 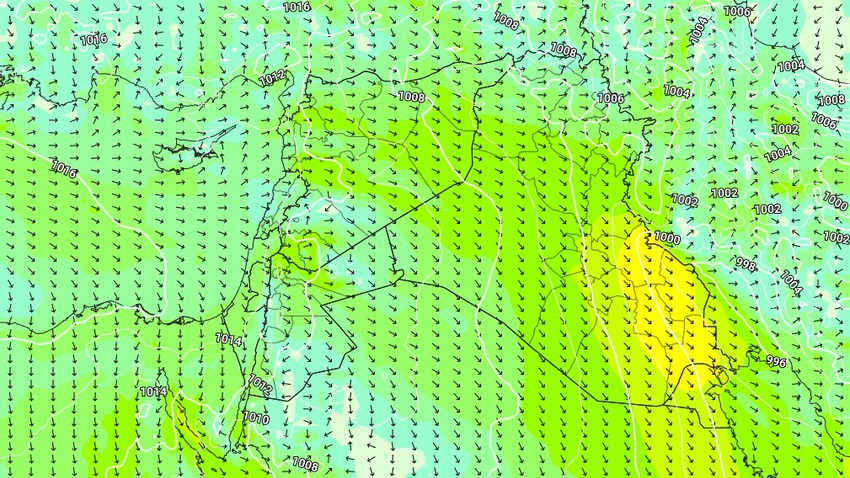 Arab weather - the latest outputs of the numerical models indicate a temporary intensification of the northwestern winds, which are known locally as the Al-Bawareh winds, over southern Iraq and the general regions of Kuwait, so that the constant wind speed ranges between 45 and 60 km / h, and gifts approach the 90 km barrier. /hour, especially in the southern regions of Iraq.

Alerts are renewed about the danger of dust waves forming from southern Iraq, and their subsequent movement towards all areas of Kuwait, which leads to a decrease in the range of horizontal vision, and patients of the respiratory system and eyes are advised to take the necessary precautions, and close the windows to reduce the side effects of high levels of dust in the atmosphere.