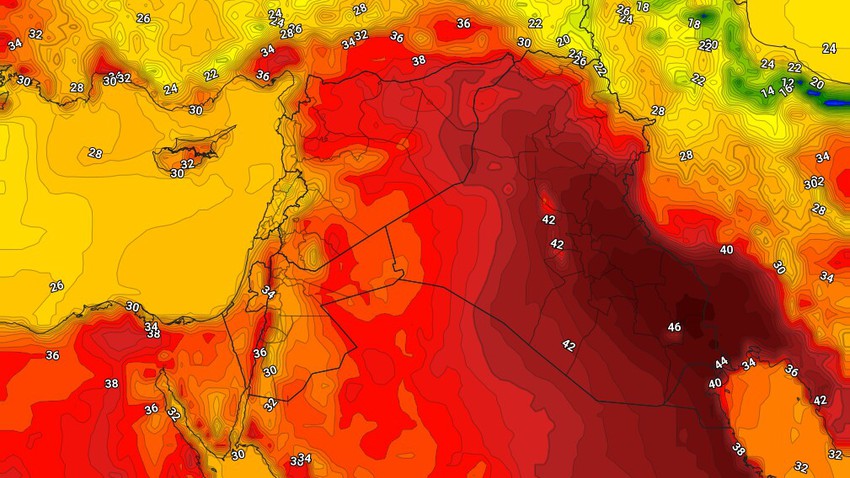 Arab weather - God willing, it is expected that there will be another slight rise in temperatures on Monday, but they will remain slightly above their rates for this time of the year, and the weather will be hot in the western regions, and very hot in the rest of the regions.

Winds will be northwesterly moderate in speed, active at times and accompanied by strong gusts at intervals in many regions, especially the western and central regions, including the capital, Baghdad, in addition to the southern regions.

Winds will be northwesterly moderate in speed, energizing at times and accompanied by strong gusts of dust and dust.