Iraq | Arab weather warns of a regional heat wave affecting the region in the coming days ... and the temperature exceeds 50 in Baghdad 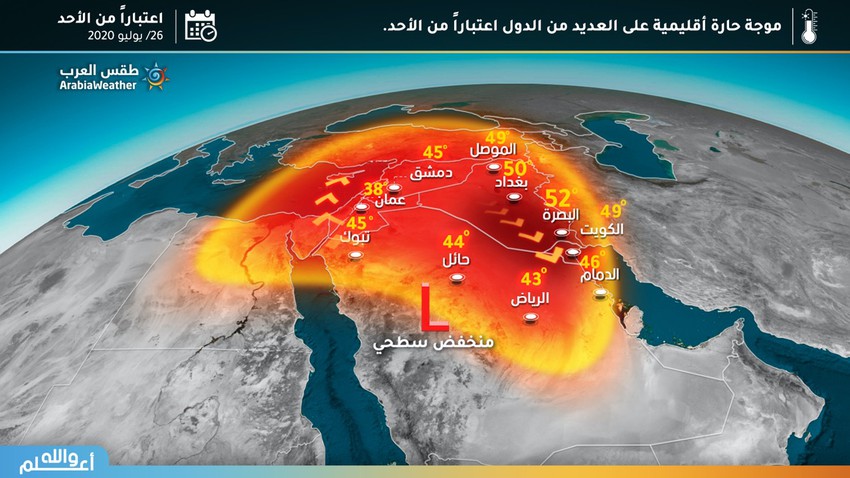 Weather of Arabia - As of Sunday, large parts of the Middle East and the Arabian Peninsula region are affected by a very hot wave, which can be described as regional, due to its impact on a wide geographical area that includes many countries of the region, including Iraq. 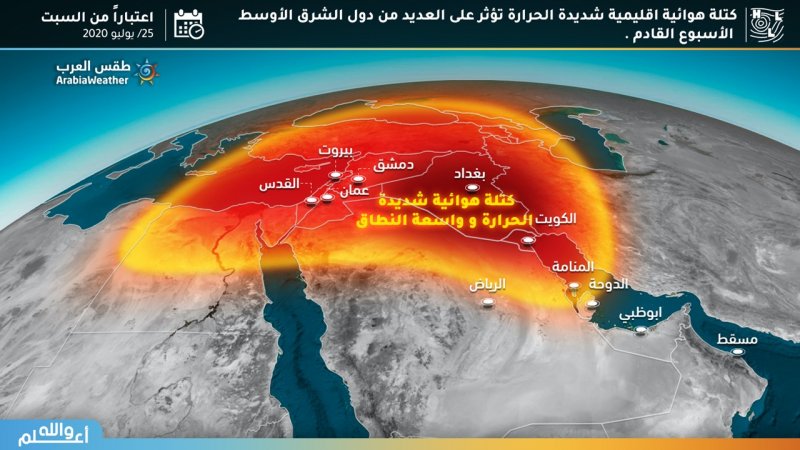 The Republic of Iraq is considered the most affected by the heat wave, as temperatures are expected to increase significantly during the next week, possibly record. Most of the Iraqi regions, including Baghdad , are expected to record high temperatures ranging from 50 to 54 degrees Celsius , and the weather will be very hot and exhausting Very popular in all regions 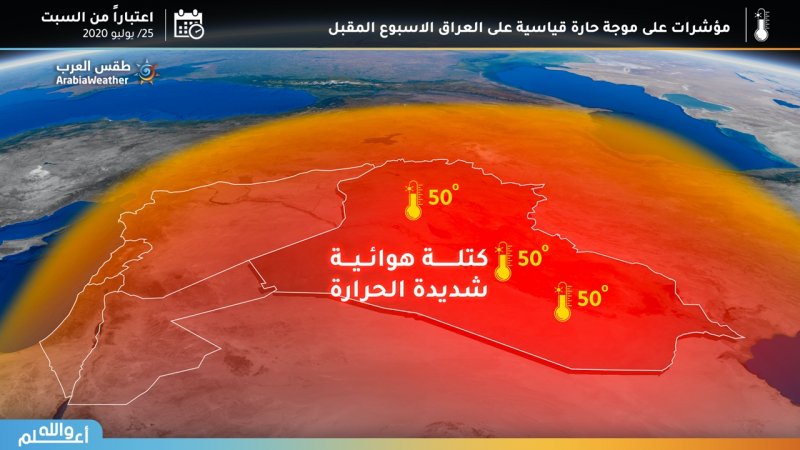 A direct impact of the heat wave on Jordan and Syria

In Jordan and Syria are expected to temperatures rise dramatically to become higher than usual rates for this time of year by about 8-10 degrees Celsius, but did not rule out that recorded the Jordanian capital Amman , temperatures touching 40 degrees Celsius, while approaching 45 in the Syrian capital Damascus And the weather is generally hot to very hot. As for Jerusalem, the capital of the Palestinian state, it is expected to be affected weaker by the hot mass, so that the maximum temperatures are between 31-34 degrees. 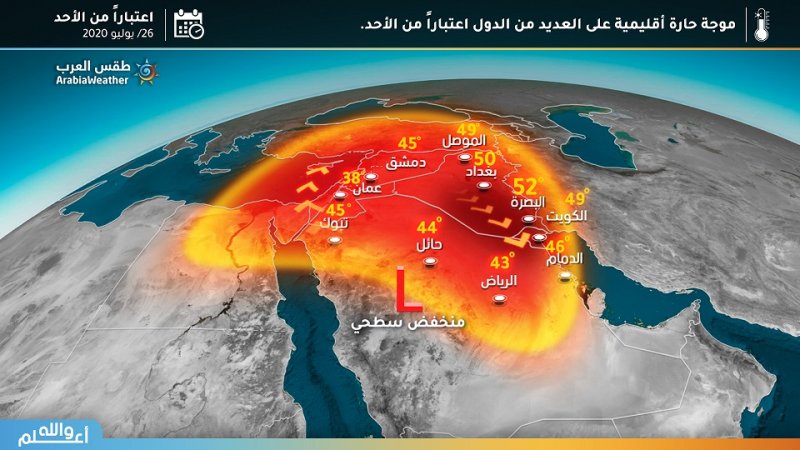 A large rise in temperatures in northern Saudi Arabia

Also, it is expected that most regions in the north of the Kingdom of Saudi Arabia will be affected significantly by the effects of the heat wave, and temperatures will rise in Arar, Al Qurayyat, Sakaka, and Al-Jouf region to exceed 45 degrees Celsius on Sunday and Monday, and the weather will be extremely hot and cumbersome.

An opportunity for rain despite the high heat!

Iraq: Updated at 7:20 pm, strong thunderstorms in some areas