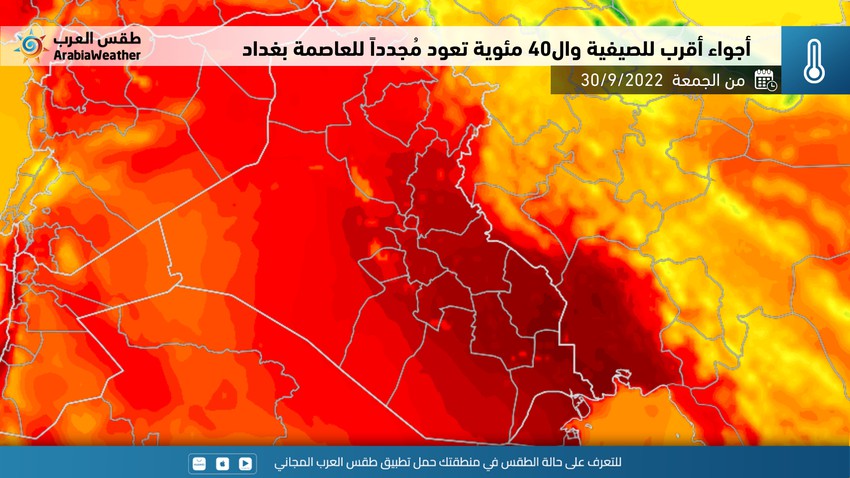 Arab Weather - The weather maps in the Arab Regional Weather Center indicate that Iraq is affected by a hotter air mass at the end of the week, as temperatures rise in all regions and the weather becomes hot to very hot during daylight hours in all regions, especially the central and southern parts of Iraq, and the northern winds continue to blow Western, which is sometimes active in some parts and raises dust.

Night temperatures rise in all regions compared to the previous nights, and the weather becomes warmer than usual, especially during the evening and the first night.

It is expected, God willing, that the maximum temperatures will exceed the mid-thirties in the northern and western parts of the country and touch 40 degrees Celsius in the capital, Baghdad, especially on Saturday, while exceeding the 40s Celsius in the southern regions, including Basra, in an atmosphere that can be described as summertime.

What is the cause of the expected hot weather in Iraq?

A cold air mass is rushing towards the western European continent, causing a shift in the upper air mass and the hot air mass towards the eastern basin of the Mediterranean, including Iraq.