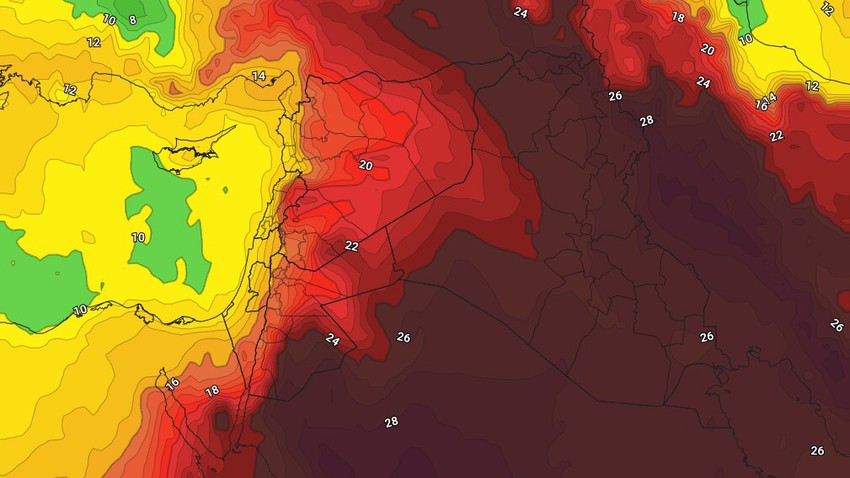 Arab weather - The semi-tropical air altitude will continue to dominate the atmosphere of Iraq during the next few days, so that the temperatures are in the early forties of degrees Celsius in most areas, and the atmosphere is closer to summer than autumn. Weather maps indicate that an air mass with temperatures lower than their usual rates will gradually approach the country's atmosphere in the middle of next week.

In the details, it is expected that the weather on Thursday and during the weekend in Iraq will be generally clear, hot and dry in most areas, turning with noon and juice hours to very hot and then reaching the maximum in most major areas, including Baghdad, at the beginning of the forties, and it will be The winds are variable and light to moderate in most areas, while the weather is relatively hot at night in most areas. 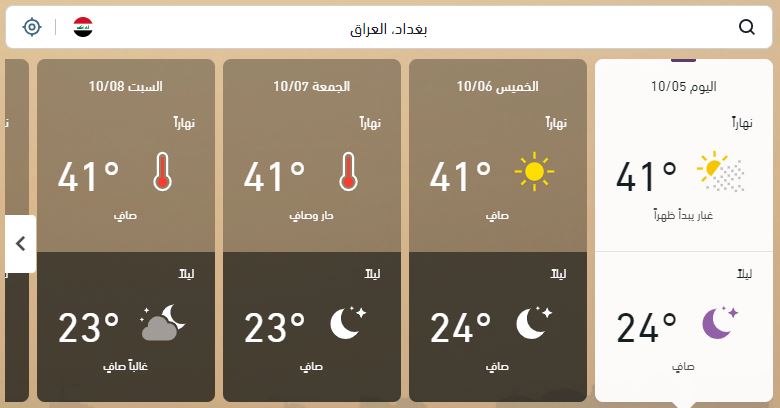 Specialists in the "Arab Weather" Center said that it is expected that a moderate air mass will approach the country's atmosphere on Sunday, and temperatures will drop significantly in the northern and western regions, while the moderate mass will deepen in the middle of this week to the skies of Iraq, to decrease temperatures in all regions and reduce the burden It is clearly hot, and the atmosphere is moderate compared to the current days, especially with the hours of the night.