Iraq | Cold winds rushing at the end of the week, starting from the northern and western regions, and the return of very cold nights 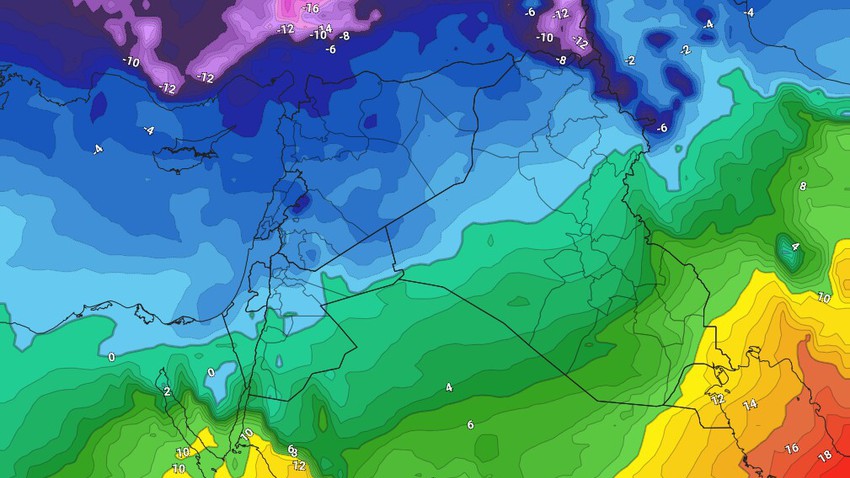 Arab weather - the latest outputs of the processed numerical models indicate a cold wind rushing towards Iraq on Friday, as temperatures drop in all regions and the weather is very cold in the northern mountains and cold in the northern and western regions, but it is pleasant in the central regions, and warm in the extreme southern regions with the emergence of Medium and low clouds.

It is expected, God willing, that there will be a further drop in temperatures on Saturday to be several degrees lower than their rates for this time of the year, and the weather will be very cold in the northern mountains, cold in the northern and central regions and cold in other regions except for the southern regions with the appearance of clouds at different altitudes.

Westerly winds will blow to northwesterly on Friday, be brisk and accompanied by strong gusts that raise dust and dust, and perhaps dust waves in many areas, especially in the western regions.

The cold nights are back at the end of the week

Chance of rain showers in the northernmost regions

There is an opportunity for showers of rain in the far northern regions, and some showers sometimes extend to the western regions on Friday, and snow showers are not excluded over the towering northern peaks, and more details are coming in the coming days.