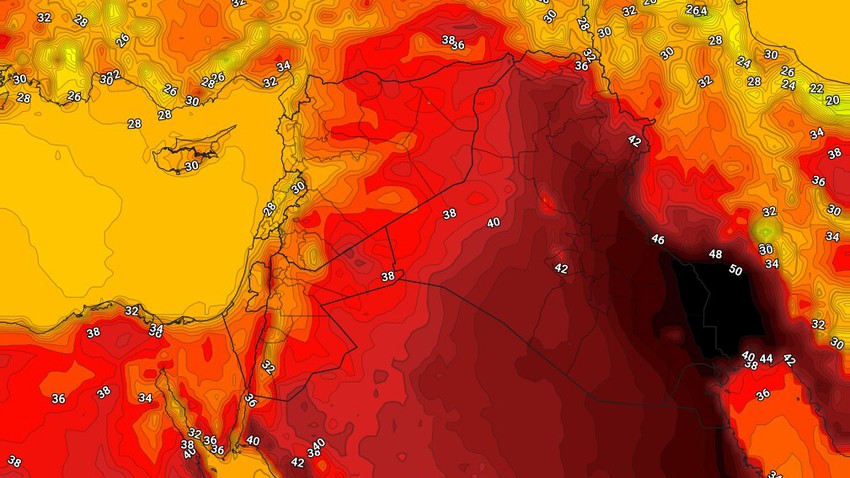 Arab Weather - The weather maps in the Arab Weather Center indicate a decline in the impact of the heat wave on various regions of Iraq during the coming days compared to the previous period, especially from the western regions, despite that, temperatures will remain higher than their rates, and the weather will be hot in the western regions, and severe The heat is in the rest of the regions, and the brunt of the heat is more severe in the southern regions.

The temperatures are forty in most regions

The surface-thermal depression deepens over the south of the Arabian Peninsula, which leads to the intensification of the westerly to northwesterly winds over Iraq during the coming days, to be moderate to active in speed in the northern and central regions and strong in the southeast regions, accompanied by strong gusts ranging in speed between 50 and more than 70 km/h, it raises dust and maybe dust waves, especially after the middle of the week, which leads to low horizontal visibility.

Hot weather at night in many areas

The weather is hot in various regions, and very hot in the central and southern regions, and the weather tends to be slightly moderate in the far western regions and the northern mountains at late night hours and early morning.