Iraq | Continuing hot weather and active winds in some areas 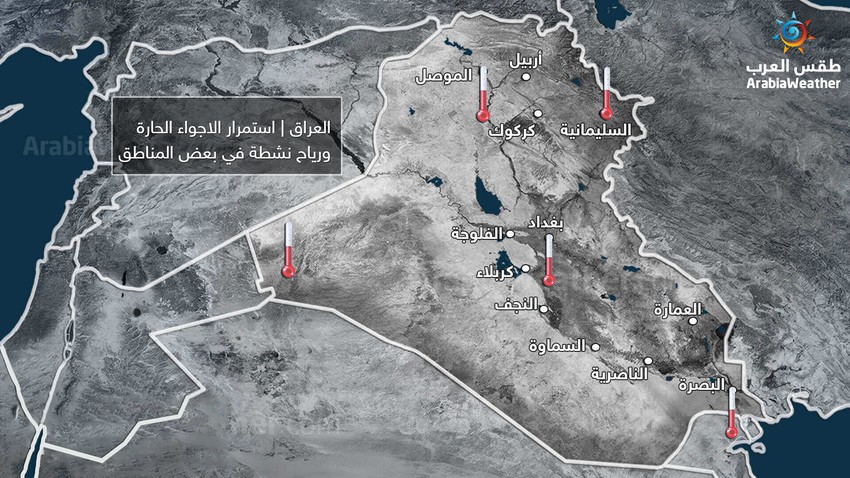 Arab weather - Iraq is getting more affected by the hot air mass on Wednesday, where another rise in temperature occurs, recording the greatest in the beginning and middle of forty degrees Celsius in large areas especially and the south of the country .

They are several degrees higher than this time of the year, and the weather is generally hot and stressful. Clouds also appear at various heights in different parts of the country, especially the northern and western ones.

It is expected that the surface winds will deviate in some regions, especially the northwestern parts, during the afternoon and afternoon hours, which may cause dust and dust.

Iraq | High temperatures and active dust-inducing winds in all regions

Areas of several Arab countries witness the phenomenon of lack of shadow at noon Monday, June 21