Iraq | Daily chance of thunderstorms in parts of the northern highlands 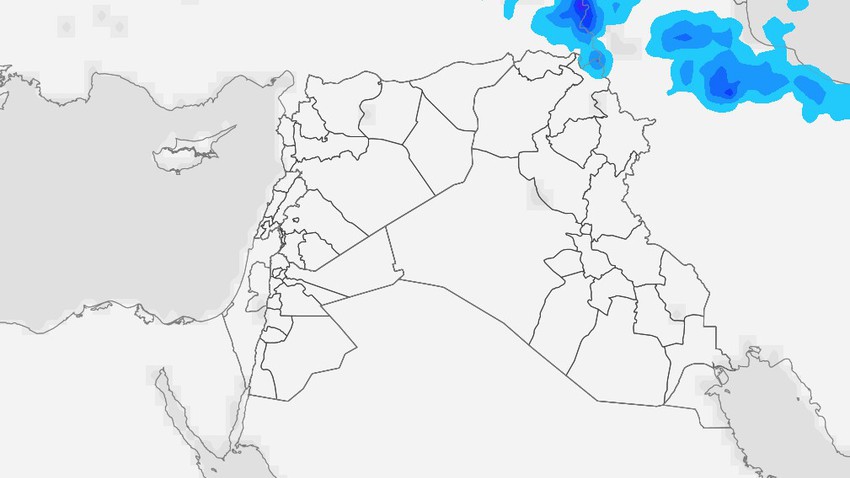 Arab weather - temperatures remain slightly above their normal rates for this time of the year, and the weather is hot in the western and northern regions, and very hot in the rest of the regions, with the appearance of some clouds at medium and high altitudes.

The winds will be northwesterly to be moderate to brisk, accompanied by strong gusts exceeding the 60 km/h barrier in some areas, working to raise dust and dust, which is not excluded to be thick at times.

The weather in the northern highlands and western regions is relatively hot, and the weather is hot in the rest of the regions.
Winds will be northwesterly moderate in speed, active at times over some areas, and they will raise dust in open areas.

Slightly warmer over the weekend

There is a slight rise in temperatures during the weekend, and they remain slightly above their normal rates for this time of the year, and the weather will be hot in the western and northern regions, and very hot in the rest of the regions, with the appearance of some medium clouds.
The winds are northwesterly, moderate speed, active at times, working to raise dust and dust.

The weather is also relatively hot in the northern highlands and western regions during weekend nights, and turns to mild during the late night hours, and the weather remains hot to very hot in the rest of the regions.

The latest numerical model updates indicate that there is a daily opportunity for some thunderclouds to develop on parts of the high northern mountainous heights, starting from Thursday night and during the weekend, so that there is a possibility of thunder showers of rain in parts of the northern highlands.

Recommendations
- Avoid exposure to direct sunlight for long periods.
Drink plenty of cold fluids and refreshments throughout the day.
Attention not to leave sterilizers and any flammable materials inside the vehicles.
Attention not to leave children inside vehicles, even for a short period of time.
Attention to the danger of an increase in the proportion of dust in the atmosphere and its impact on respiratory patients.
Warning of a decrease in the horizontal visibility due to dust in parts of the west of the Republic.