Iraq | Dusty weather on Monday, coinciding with a clear drop in temperatures 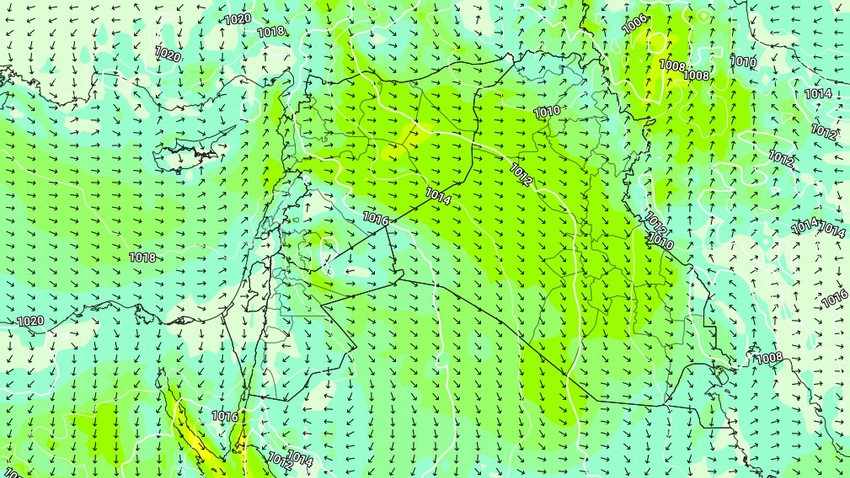 Arab weather - God willing, it is expected that there will be a clear decrease in temperatures in most regions of Iraq on Monday to become lower than their rates for this time of the year, and the weather will be dusty in many areas, and warm in the northern mountains, and warm to relatively hot in the western and northern regions And hot in the rest of the regions, coinciding with the scattering of clouds at different heights over some areas, and there is a possibility of local showers of rain over limited parts of the border areas.

Maximum temperatures are in the thirties in many regions of central and southern Iraq, including the capital, Baghdad.

The winds are northwesterly moderate to brisk, accompanied by strong gusts at intervals and work to move dust waves transmitted towards Iraq and may lead to the formation of dust waves locally, which causes a significant decrease in the range of horizontal visibility that may reach the point of non-existence sometimes.

There is a decrease in night temperatures compared to the previous nights, and the weather is cold in the northern mountains at the late night hours, while it is warm in the rest of the regions, tending to moderate at the late night hours and dawn, especially in the northern and western regions, coinciding with the appearance of amounts of clouds over Medium and high altitudes.

The winds are northwesterly, light to moderate in speed, sometimes active over some areas, and they raise dust and dust when active.