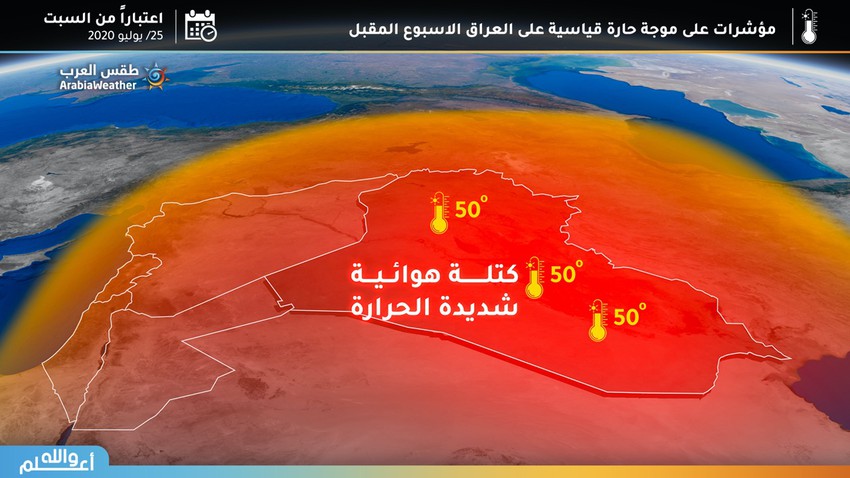 Arab Weather - With the beginning of next week, temperatures will witness a significant rise in all Iraqi regions, where numerical patterns indicate a high probability that temperatures reach record and historical records not previously recorded.

Fifty temperatures in most cities, including Baghdad

That some areas of Iraq record a temperature of 50 may be considered normal during the summer, but what is different this time is the breadth of the areas that will register the 50 percent, and also the most dangerous is that some regions will record temperatures in the mid-fifties under the shade, which is a precedent and happened Very rare.

It is also expected that the capital Baghdad will record the beginning of next week, temperatures exceeding 50 percent for several days in a row, while Basra will record 53 degrees Celsius.

And the northern region will not be immune to these extreme temperatures, as many regions of Kirkuk, Erbil and Nineveh will record fiftieth temperatures on Sunday and Monday, and it is not excluded that Mosul will record 50 degrees Celsius on Monday.