Iraq | Heavy rain in parts of the northern regions on Tuesday morning, with the weather returning to stability for the rest of the day 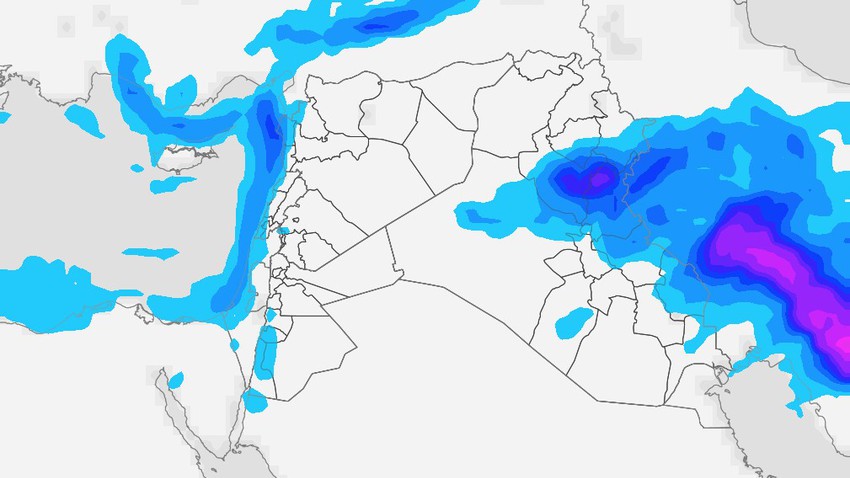 Arab weather - God willing, it is expected that there will be a slight decrease in temperatures, but they are higher than their rates for this time of the year on Tuesday, and the weather will be very cold in the northern peaks, cold in the northern and western regions, tending to cold in the rest of the regions.

Clouds appear at different heights and showers of rain fall on random areas, especially the northern areas. The rains are heavy in narrow geographic ranges and may be accompanied by showers of hail and snow fall on the tops of the mountainous heights, with decreasing amounts of clouds during the late morning hours and the rest of the day and the weather returns to stability.

The winds are variable in direction to northwesterly moderate speed, active at times, working to raise dust and dust.

Very cold weather with a chance of frost

With a significant increase in surface humidity, the humidity level exceeds the 85% barrier, with the formation of fog during the late night hours over some separate areas, and it is in the form of frozen fog in the mountain peaks.

The winds are variable, light to moderate in direction, sometimes active over some areas.