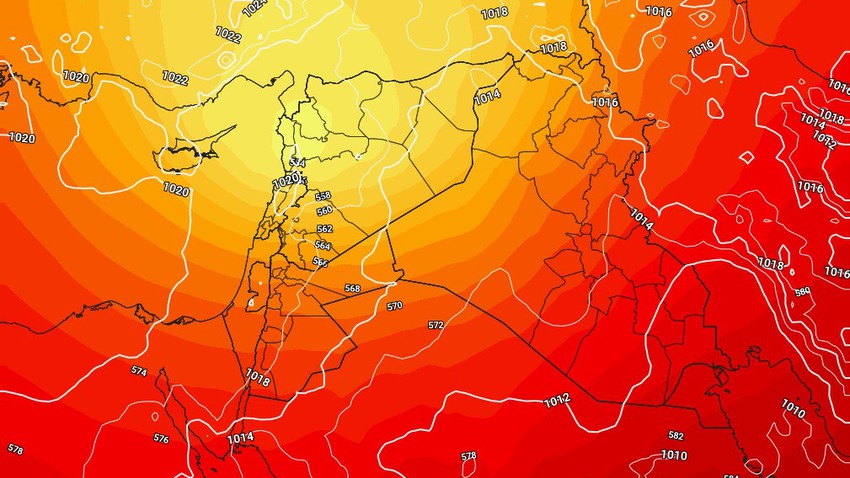 Arab weather - there is an increase in temperatures on Monday, and the weather is tilted to cold in the west of the country, relatively cold in the northern regions, and warm in the rest of the regions, and it turns into relatively hot in the far southern regions, with the emergence of clouds at different altitudes, and there is an opportunity for precipitation Showers of rain in the far northern highlands, in the border areas with Turkey, in particular, and the winds are variable in direction and light to moderate in speed, sometimes active in separate areas.

The weather is also cold at night in the western and northern regions, relatively cold in the rest of the regions, and pleasant in the southern parts, and the winds are fluctuating in direction and light to moderate in speed.

Iraq - Weekend | Temperatures touching the middle of 40 degrees, with the continued activity of dusty winds