Iraq | Hot weather and a noticeable intensification of the Al-Bawareh winds during the coming days, and a warning of the intensity of dust in some areas 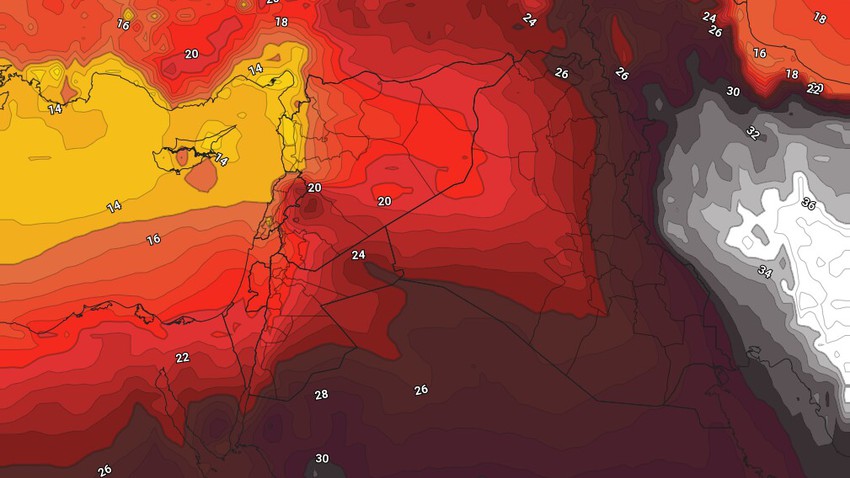 A large and remarkable intensification of the Al-Bawareh winds will occur in the eastern regions of Iraq during the coming days, and they will be active in speed and accompanied by severe gusts exceeding the 80 km/h barrier, which causes the formation of dense dust waves, and warns of the danger of low horizontal vision, and patients of the respiratory system and eyes are advised It is necessary to take the necessary precautions to avoid complications, God forbid.