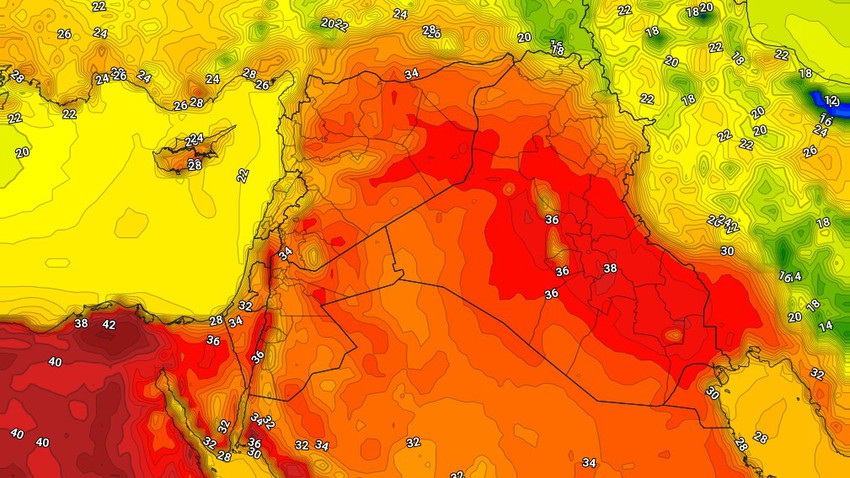 Arab Weather - The temperatures on Tuesday around are slightly higher than their normal rates relative to this time of the year, and the weather is relatively hot in the western regions, and hot in the rest of the regions with the exception of the northern mountainous highlands, with the appearance of clouds at medium and high altitudes and there is a possibility of thunderstorms From rain in parts of the northern regions, thunder clouds are accompanied by descending winds that cause dust and dust, and the winds will be light westerly to moderate speed.

The weather is also warm during the night hours over most regions of Iraq, and moderate in the far western regions, and the quantities of clouds in the air increase and the chances of thunder showers of rain are high in the northern regions, accompanied by the blowing of downward winds that cause dust and dust in the regions of the effect of thunder clouds, and the winds are volatile Directional and light to moderate speed.