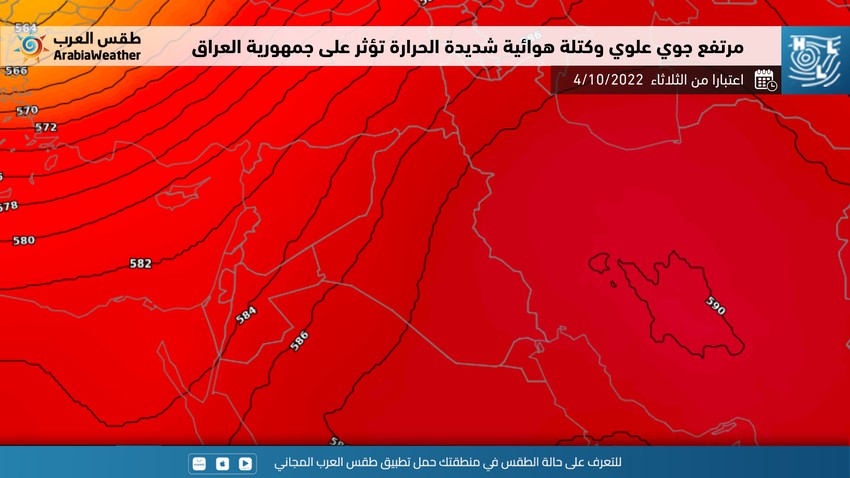 Arab weather - Iraq continues to be affected on Sunday and Monday by an air mass with temperatures close to its usual rates, so that the weather is generally clear, hot and dry in most areas, and the winds are northwesterly light to moderate in speed, while the weather is relatively warm at night in most areas, It tends to moderate with the late night and early morning hours, especially in the mountainous heights.

From Tuesday until Friday, the country is affected by very hot and dry southern to southwestern air currents coming from the Arabian Peninsula, where there is an additional rise in temperatures and they are higher than their rates for this time of year, and the weather becomes very hot during the day to exceed the maximum temperatures It is 40 degrees Celsius in the capital, Baghdad, and the weather is generally summer

Winds will be southwesterly to southwesterly, moderate in speed, energizing at times and leading to an increase in dust levels in some western and central regions.

The night temperatures rise significantly and the weather becomes relatively hot during the night hours, especially in the central and southern regions of the country.