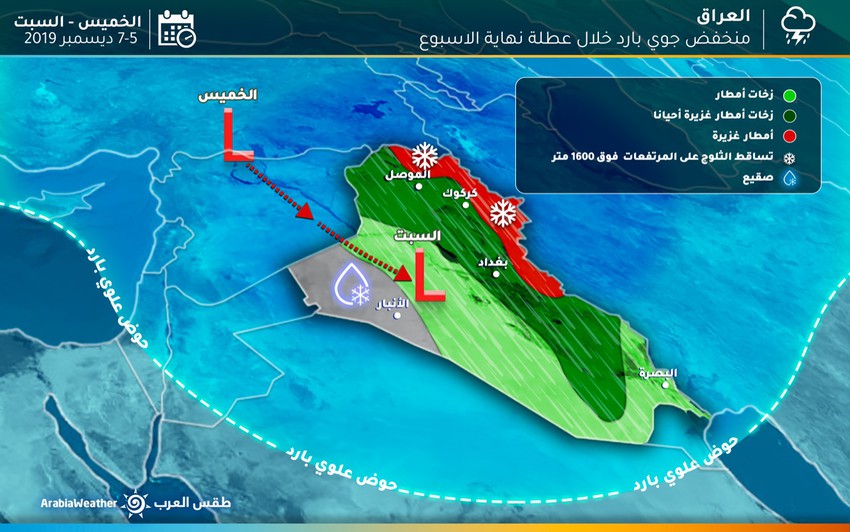 Iraq .. Low air and widespread rain over the weekend

A high-pressure system dominates Eastern Europe and the Black Sea. A very cold air mass is pushing towards Iraq and the Levant region over the weekend. Iraq.

The depression is expected to cause large-scale rain showers centered on the center and north of the country and be heavy and sometimes thunderstorm, increasing the chance of flooding and flooding of the valleys.

Temperatures also drop significantly, making snowfalls on the high mountains of the north of the country, and opportunities for frost formation in the west of the country at dawn and Sunday morning.

It warns Arab weather during the coming weather from: