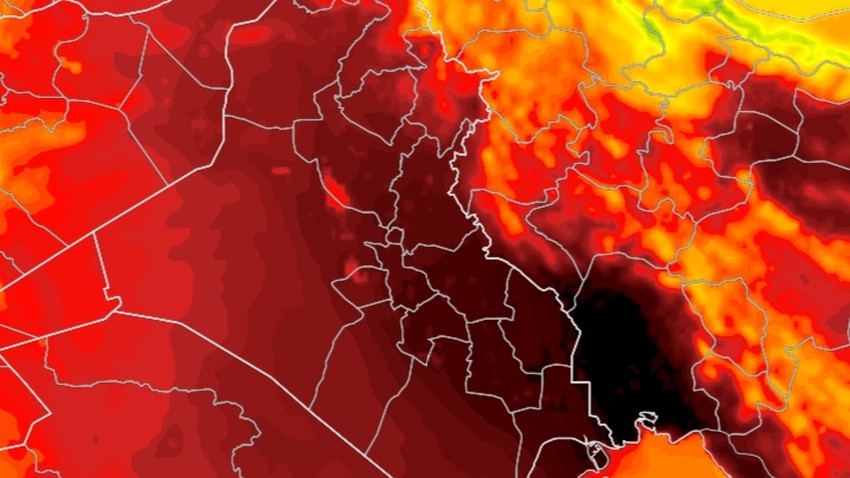 Arab weather - God willing, another rise in temperatures is expected on Thursday to become higher than their rates for this time of the year by about 4 degrees Celsius, and the weather will be hot in the western regions, and very hot in the rest of the regions, and clouds appear at medium and high altitudes in some parts.

The winds will be northwesterly, moderate to brisk, over the northern and central regions, active at intervals and be exciting to dust and dust, and perhaps dust waves, while they are strong in the southern and eastern regions, accompanied by strong gusts that touch the 80 km/hour barrier that leads to the formation of dense dust waves in those areas. Waves on the shores of Basra port rise to more than a meter sometimes.

Night temperatures remain high compared to previous nights, and the weather is hot during the night hours, but it will tend to moderate in late times of the night and during dawn, in parts of the western regions in addition to the northern mountains.

The winds will be northwesterly moderate in speed, active at times and exciting to dust and dust, and loaded with transported dust, while they are active in speed in the southern regions and accompanied by strong gusts that work to form dust waves in those areas.