Iraq | Pleasant autumnal weather and fog is the prominent feature during the current week, with local rain in some areas 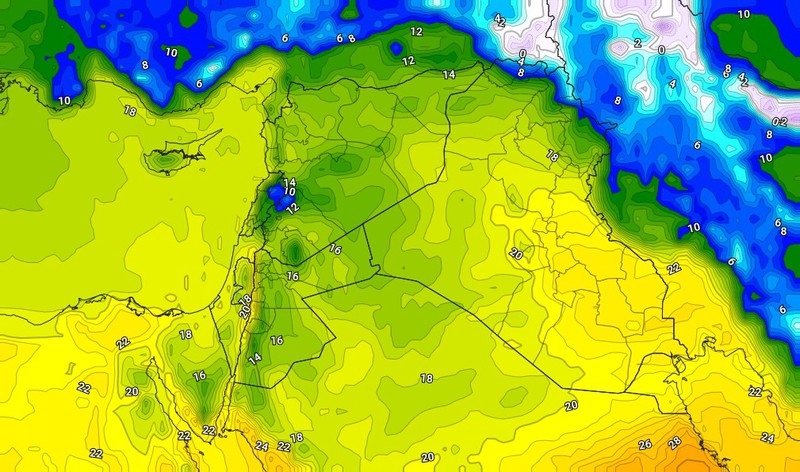 Weather of Arabia - weather maps in the Arab Weather Center indicate that the weather will continue to be cold autumnal in the morning in several parts of the country, turning into a pleasant autumnal period at noon and afternoon in various regions of Iraq, while it becomes relatively cold in the northern and western regions, and temperatures are in the early twenties Celsius in the capital Baghdad, coinciding with variable winds blowing in a northwesterly direction, light to moderate in speed, sometimes active in parts of the country, especially the northeastern highlands.

This is when the weather is relatively cold in the early evening and night hours, turning into cold in the late night and early morning hours, which necessitates wearing a coat, and there is a noticeable increase in surface humidity levels in all regions, and the opportunity is ripe for fog to form in different parts, especially in the north and west of the country, in the late night and morning hours. Early morning, and the fog continues to form until the late morning hours, and leads to a noticeable decrease in the extent of horizontal visibility, which may reach the point of non-existence.

Chances of some rain this week

It is expected, God willing, that there will be an absence of the main weather events from Iraq in the coming days, but the possibility is present on Sunday of local showers of rain in parts of the far southern region that may be accompanied by thunder at times, and the chances of local rain extend to separate and limited parts with the middle of the week as a result An increase in the amount of clouds in the atmosphere.