Iraq: Possible light rain in the morning and early morning hours of Thursday over the capital, Baghdad 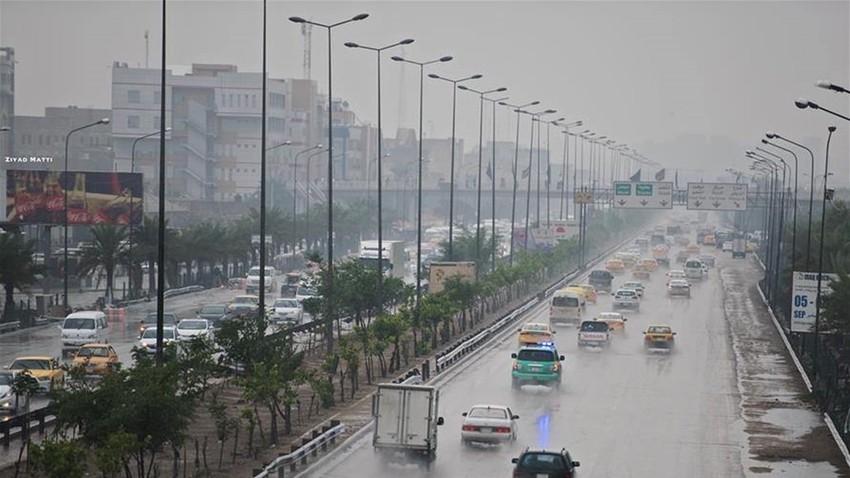 Weather of Arabia - The northern and northeastern highlands of Iraq continue to be affected on Thursday by unstable weather conditions that cause thunderstorms of rain, which may be heavy in some neighborhoods and narrow geographical areas, after which valleys run in some areas, God willing.

In the rest of the regions, the weather is expected to be partly cloudy in the morning hours of Thursday and hot in most regions, and the opportunity is ripe for thunder showers of rain in the morning and dawn hours for scattered and limited parts of the north and center of the country in general, which may include the capital, Baghdad, and the amount of clouds gradually decreases during Daylight hours are limited to the chances of rain on the northern highlands.

The analyzes of the "Arab Weather" center indicate expectations of a gradual decrease in temperatures, which will be tangible early next week as a result of an air mass that is less hot than usual in the atmosphere of the Republic, so that there will be a further decrease in temperatures and become lower than their usual rates by more than 4-6 degrees Celsius. In all regions, the northwest winds are active, and they are accompanied by strong gifts sometimes that may raise dust waves in some areas, God willing.

Iraq | Pleasant autumnal weather and fog is the prominent feature during the current week, with local rain in some areas