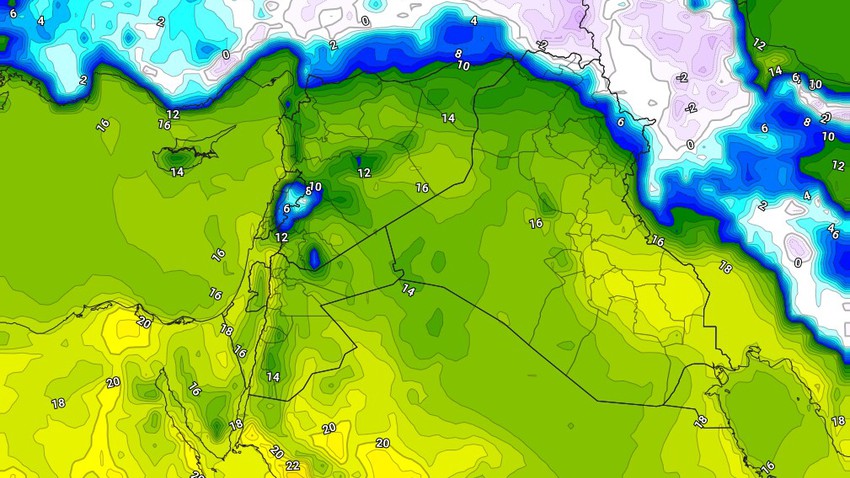 Arab weather - It is expected, God willing, that there will be a slight rise in temperatures to remain above their rates for this time of the year on Wednesday, and the weather will be very cold in the northern peaks of Iraq, cold in the northern and western regions, tending to cold in the rest of the regions.

The weather will be clear over most areas, with the appearance of some clouds at high altitudes in the afternoon, especially in the west of the country.

The wind will be northwesterly to southeasterly, light to moderate, and active at times to the west.

There is a significant increase in the surface humidity levels, exceeding the 85% barrier, and fog forms during the late night hours over some separate areas, and it is in the form of frozen fog in the mountain peaks.

The winds will be east to southeast, light to moderate in speed, active at times to the west.