Iraq | Sunday/Monday night will be relatively cold in some areas, unusually for this time of the year 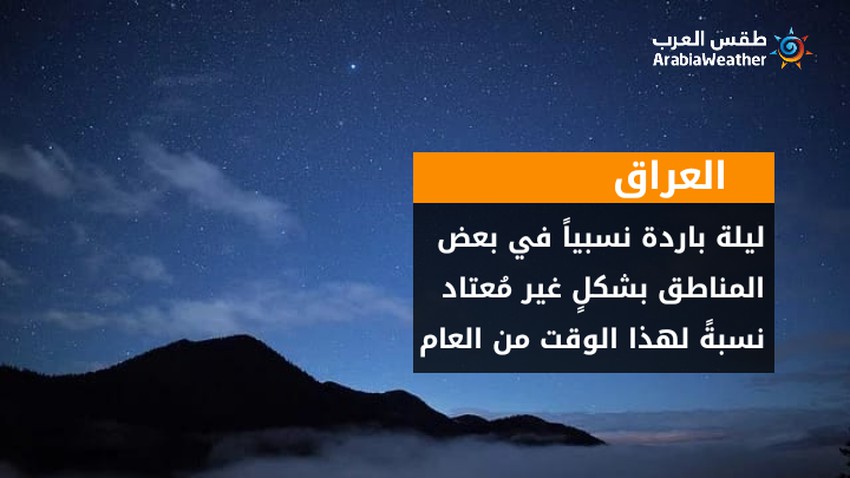 Arab Weather - The latest output of the numerical weather models processed by the Air Operations Department at the Arab Weather Center indicates a significant decrease in night temperatures in Iraq during the night of Sunday / Monday, reaching unusual levels in some areas relative to this time of the year.

Relatively cold weather in the western and lower regions, below 15 degrees Celsius

The Arab Weather website is correct to wear a light coat when leaving the house during the late night hours, especially for residents of mountainous heights and western regions.