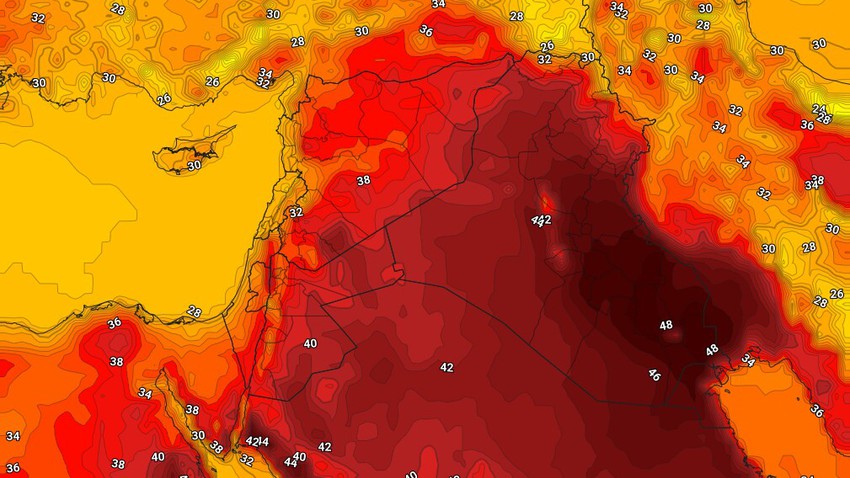 Arab weather - the temperatures are higher than their averages for this time of the year by about 7-6 degrees Celsius, and the weather is hot in the western regions, very hot in the rest of the regions, with temperatures approaching the end of the 40 degrees Celsius in some cities and neighborhoods, including what is located within the capital Baghdad, in addition to parts of the southern regions, and some clouds appear at medium and high altitudes in some areas.

The winds are fickle to moderate northwest, active at times, and working to raise dust and light dust in some areas.

Temperatures exceeding the mid-30s in the capital, Baghdad, at night

The weather in the night hours is hot in all regions, and temperatures exceed the middle of 30 degrees Celsius in the capital, Baghdad, during the late night hours.

The winds will be variable to northwesterly, light to moderate, sometimes active over some areas.