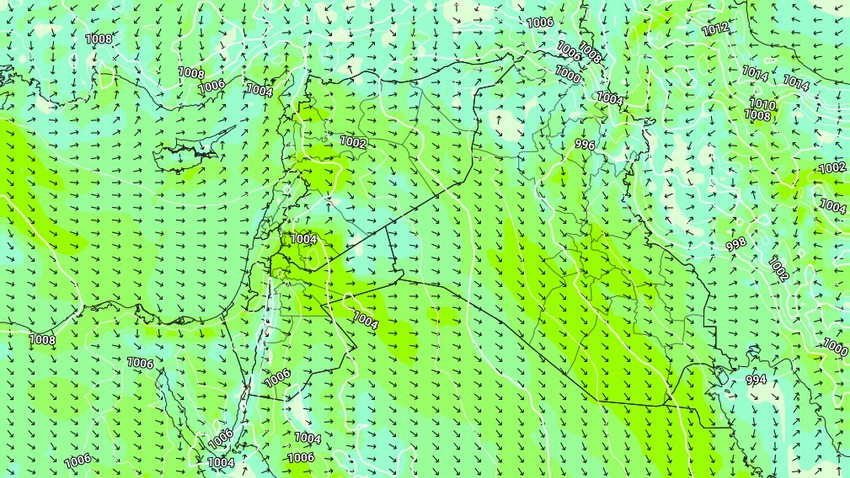 Arab weather - It is expected, God willing, that the temperatures on Tuesday will remain slightly above their averages for this time of the year, and the weather will be hot in the western regions, and very hot in the rest of the regions.

Winds will be northwesterly moderate to brisk, and they are accompanied by strong gusts at intervals in many areas, including the northern regions and the capital, Baghdad.

Hot weather at night and the continued activity of dusty winds

The winds will be northwesterly moderate in speed, active at intervals and raise dust and dust when active, and it is not excluded that the country will be affected, starting from the northwestern regions, by a dust wave transmitted from the desert of the Levant at the late night hours, and it reaches the capital, Baghdad, and the southern regions at dawn and Wednesday morning.