Iraq | Temperatures around their averages on Wednesday, with the activity of northwesterly winds 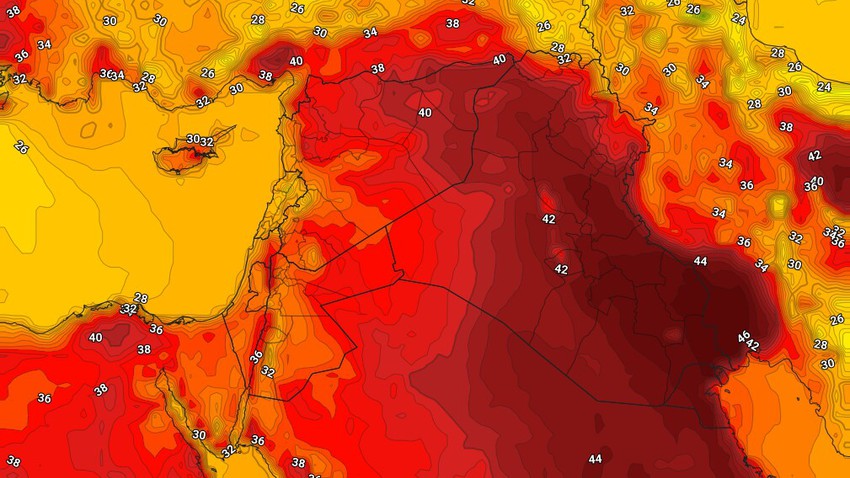 Arab weather - God willing, it is expected that temperatures on Wednesday will remain around their averages for this time of the year, and the weather will be very hot in all regions.

The maximum temperatures will be at the end of the thirties Celsius in the west, and between the beginning and mid-forties of Celsius in the northern and central regions, including the capital, Baghdad, while exceeding the mid-forties in the southern regions.

The winds will be northwesterly to northwesterly, moderate in speed, active at times and accompanied by strong gusts, causing dust in some areas, especially in the noon and afternoon periods, while they are volatile and light in the west.

Increase in surface moisture levels in the south and east

The weather is hot in all regions and tends to be moderate in the northern mountain peaks in the border areas at late times of the night, and the surface humidity levels rise, especially in the far southern and eastern regions, which doubles the feeling of heat and a feeling of malaise.

The wind will be northwesterly to variable direction and light to moderate in speed, active at times.