Iraq | Temperatures continued below their average, with northwesterly winds active in some areas on Thursday 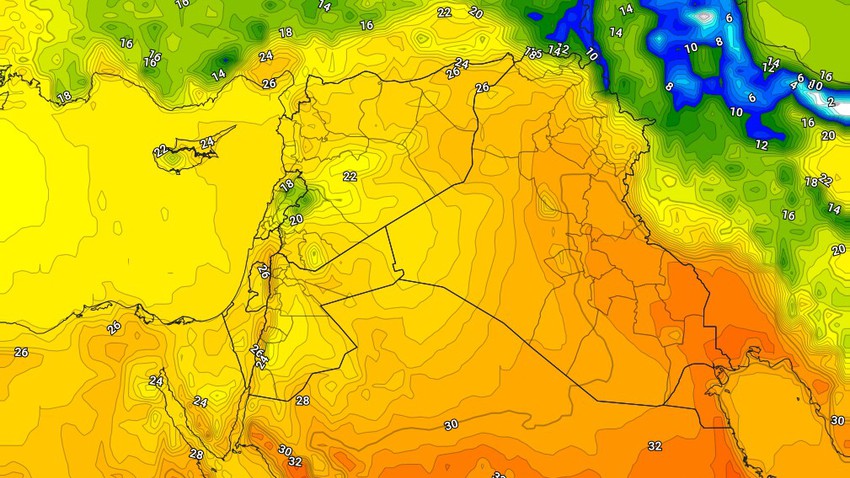 Arab weather - temperatures remain lower than their averages for this time of the year, and the weather is moderate in the western and northern regions, relatively hot in the rest of the regions, with the appearance of clouds at different altitudes, especially in the northern and western regions, and there is a weak possibility of local showers of rain. On limited portions.

The winds are northwesterly, moderate in speed, active at times and working to raise dust and dust, especially in the southern regions.

Cold weather continues into the night

With an increase in humidity and the prevalence of humid weather, clouds continue to appear at different altitudes, and there is a weak possibility of local showers of rain in limited parts.

Winds will be northwesterly, light to moderate, active in some areas.

Iraq | A slight rise in temperatures on Monday, with chances of precipitation continuing in some areas in the morning