Iraq | Temperatures continued to be slightly below average on Monday 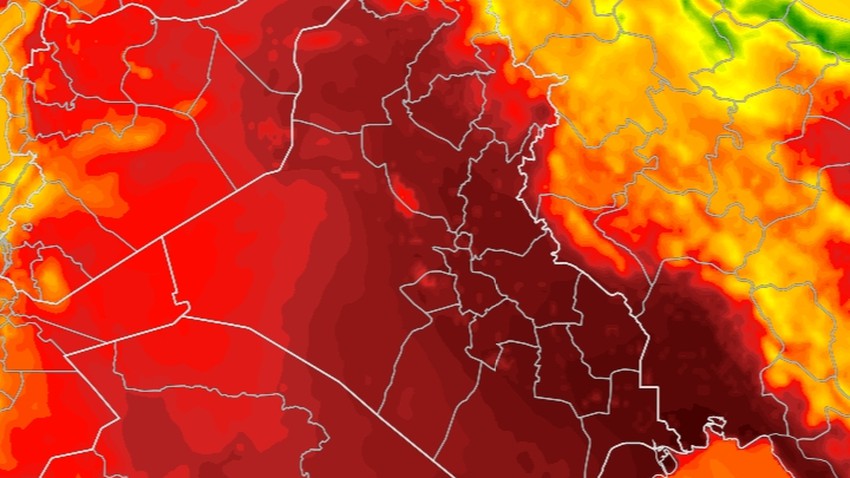 Arab weather - It is expected, God willing, that the temperatures on Monday will remain slightly below their averages for this time of the year, and the weather will continue to be hot in the western regions, and very hot in the rest of the regions.

The maximum temperatures are in the late thirties and early forties in the northern and central regions, including the capital, Baghdad, while they exceed the mid-forties in the southern regions.

The winds will be westerly moderate in speed, active at times and raise dust and dust in some areas, especially in the afternoon and afternoon periods.

Hot weather in all areas at night

The weather is relatively hot in the northern mountains and western regions, and hot in the rest of the regions becomes less hot with the hours after midnight, and at the same time the weather gradually tends to moderate during the passage of night hours in the northern mountains (and it tends to be cold in some mountain peaks in the border areas),

Winds will be northwesterly, light to moderate, sometimes active in some areas.