Iraq | Temperatures plunge again below zero degrees Celsius on Thursday/Friday night, and a warning of a strong wave of freezing 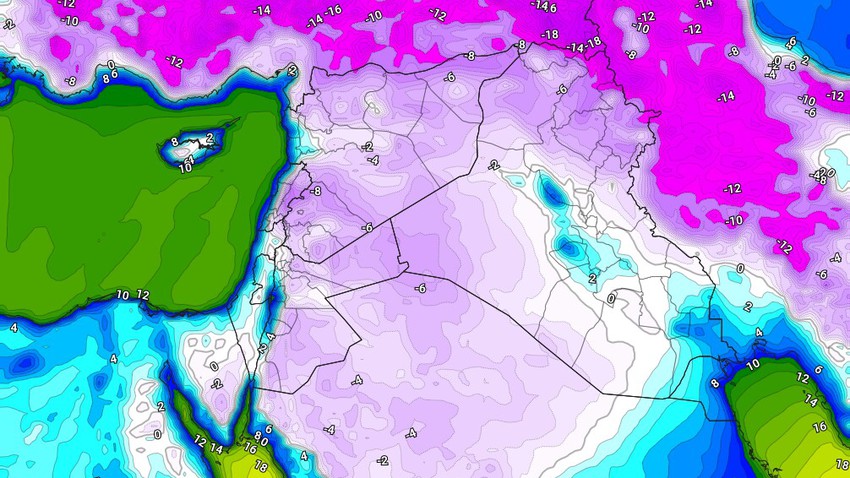 Warning of a large-scale formation of freezing, including agricultural areas

The sharp drop in temperatures coincides with the rise in surface humidity, as all weather conditions are ripe for freezing to form in large areas of the country, including the capital, Baghdad. The frost and freezing include vast agricultural areas, and snow forms in wet roads.