Iraq | Temperatures remain above their averages on Tuesday, with stable and hot weather 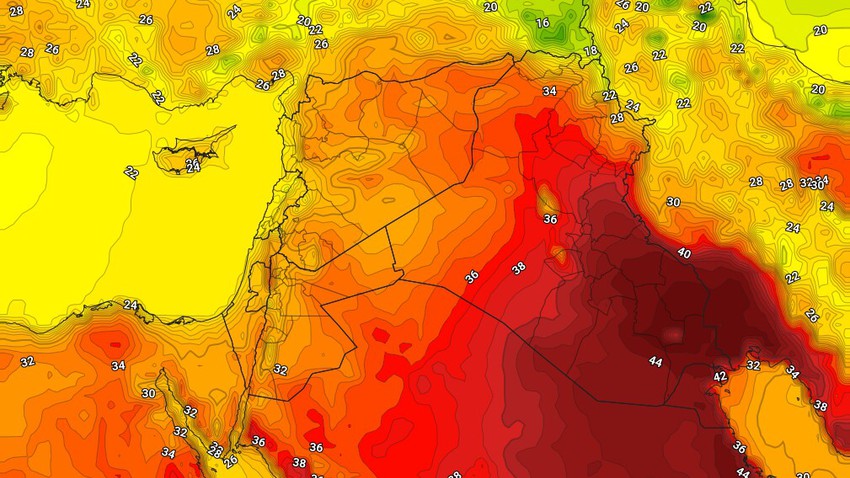 Arab Weather - The temperatures in Iraq on Tuesday remain higher than their averages, and the weather is warm in the northern mountainous highlands, and hot in the rest of the regions, and it is very hot in the southern and central regions, including the capital Baghdad, with the appearance of some clouds at high altitudes, and the winds Light western to northern to moderate speed, it is active sometimes in some areas, especially the eastern regions.

In Iraq during the night of Tuesday / Wednesday it will be cool in the northern mountainous highlands, pleasant in the western regions, and warm in the rest of the regions, and the winds will be north to northwesterly, light to moderate speed.

1- Drink lots of fluids regularly
2- Not to be exposed to the sun for long periods of time.
3- Not to leave children inside closed vehicles under the sun's rays.
4- Avoid placing pressurized and flammable containers inside vehicles, to avoid the risk of ignition.