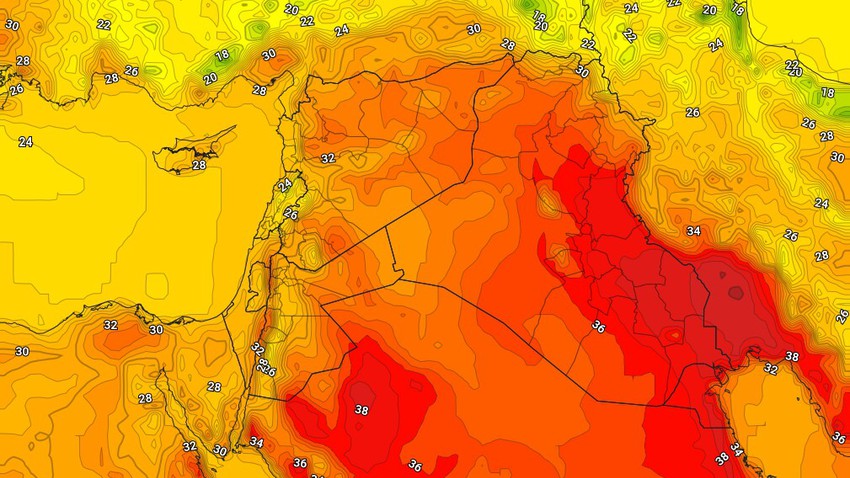 Arab weather - there is a rise in temperatures while remaining at their lowest rates for this time of the year by about 4 degrees Celsius, and the weather is relatively hot in most regions, hot in the southern regions, with the appearance of some clouds at medium and high altitudes.

Winds will be northwesterly moderate, energizing at times and causing dust and dust.

The wind will be northwesterly, light to moderate.