Iraq | The country enters, starting to enter at the height of the heat wave on Wednesday 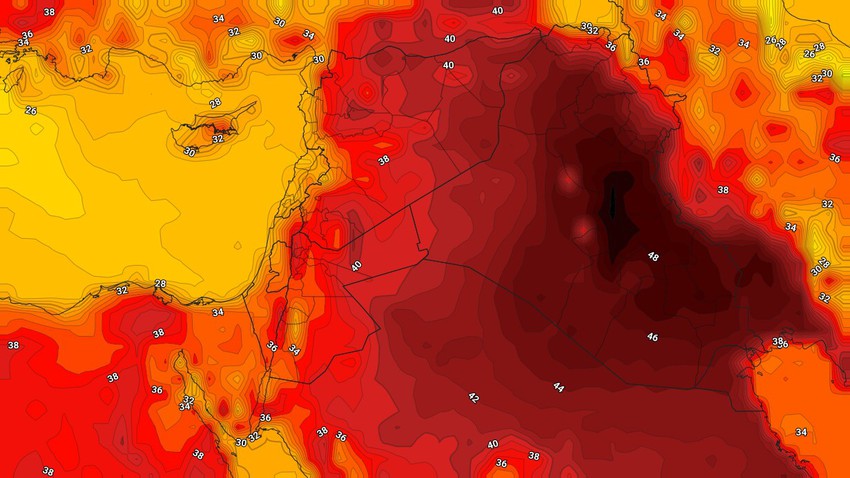 Arab weather - God willing, it is expected that the first days of the peak of the heat wave effect will begin, as the very hot air mass accompanying the seasonal India depression is additionally intensified, and there will be a further rise in temperatures on Wednesday to be higher than their rates for this time of the year by about 7 degrees Celsius, The weather is generally very hot and exhausting.

The maximum temperatures are between the beginning and the middle of the forties in the west and exceed that in some parts, while they are between the middle and end of the forties in the northern regions, and reach the fifties Celsius in the rest of the regions, including the capital, Baghdad, and may exceed that in some cities and neighborhoods.

The winds are variable in direction of light speed, while they are westerly moderate speed in the far north, active at times and accompanied by strong gusts.

Extremely hot and disturbing weather continues in all regions, and surface humidity levels rise, especially in the far southern regions, which doubles the feeling of heat and malaise.