Iraq | The effect of the hot air mass deepens, and temperatures are approaching 50 degrees in the capital, Baghdad 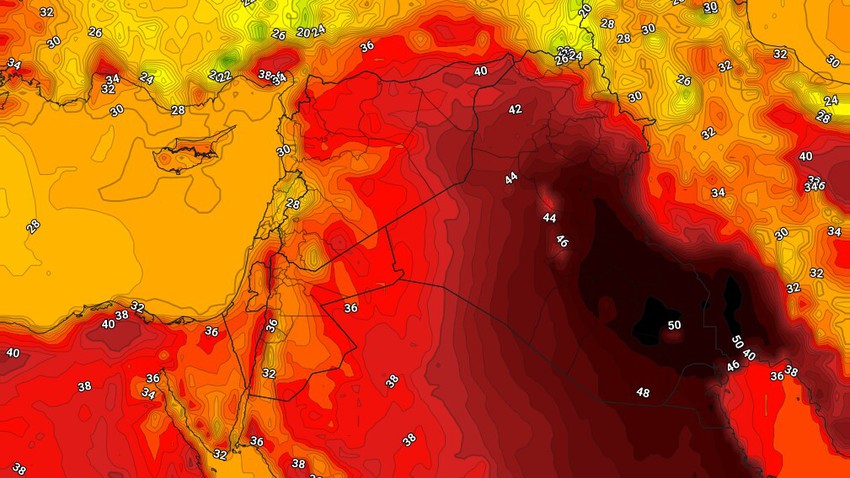 Arab weather - the influence of the very hot air mass deepens over all regions of the country, and the flaming center is located above the southern and central regions, so that there is a rise in temperatures to become higher than their rates for this time of the year by about 6 degrees Celsius, and the weather is hot in the western and northern regions, It is very hot to blazing in the rest of the regions, bringing temperatures close to the end of the forty degrees Celsius in parts of southern and central Iraq, including the capital, Baghdad.

Amounts of clouds appear at medium and high altitudes, especially in the western regions, and there is a weak possibility of local thundershowers of rain in random parts of those areas.

There is an increase in night temperatures, and the weather at night hours is very hot in the southern and central regions, while the weather is relatively hot in the rest of the regions.

Clouds continue to appear at medium and high altitudes, and there is a weak possibility of local showers of rain in limited and random parts, especially in the western regions.

Winds will be northwesterly to northwesterly, moderate in speed, sometimes active in some areas and be dusty.