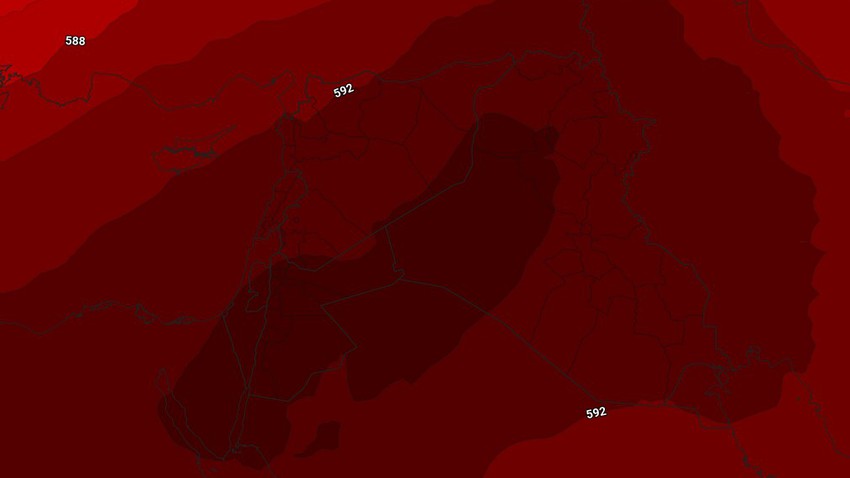 Weather of Arabia - A clear intensification of the very hot air mass that accompanies the extension of India's seasonal low occurs, so there is a further rise in temperatures to be higher than their normal rates for this time of the year by about 6 degrees Celsius, and the weather is very hot and exhausting in all regions.

Temperatures record record values of up to 50 degrees Celsius in the capital, Baghdad, and a number of regions, especially the central and southern ones, with the appearance of clouds at medium and high altitudes, especially in the eastern regions.

Winds will be northwesterly, moderate to brisk, accompanied by strong gusts at times, with a speed of about 65 km/h, which raises dust and dust, which is not excluded that it will be thick at times.

Noisy and stifling weather at night

There is a rise in night temperatures compared to the previous nights, and the weather in the night hours is very hot in all regions, especially in the hours of the first part of the night, with the exception of the western regions where the weather is relatively hot.

The winds are northwesterly moderate in speed, active at times and raise dust and dust when active.

Avoid long and direct exposure to the sun to avoid heat stroke and heat stress.
Drink enough fluids regularly.
Attention to the risk of an increase in the proportion of dust and dust in the atmosphere and its impact on respiratory patients.