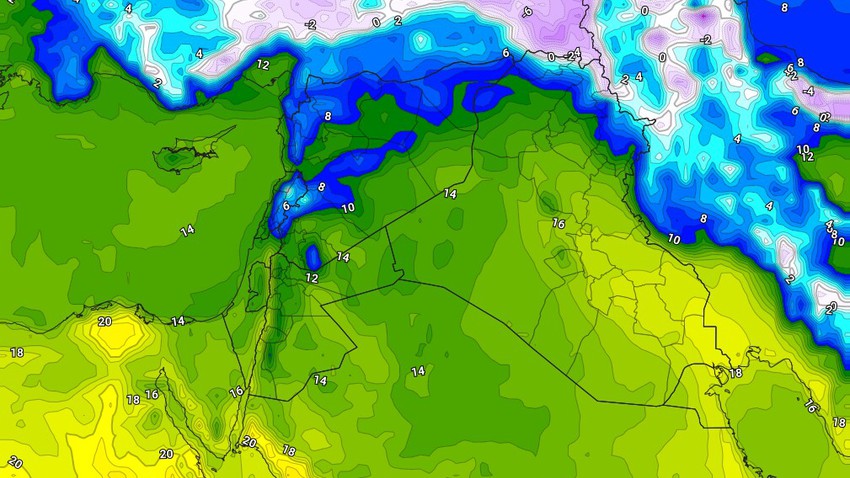 Arab weather It is expected, God willing, that the effects of the very cold air mass will decline from Iraq on Thursday, as there will be a rise in temperatures in various Iraqi cities, but they remain below their rates for this time of the year, and the weather will be cold in the northern and western regions, tending to cold in the rest of the year. Regions.

Coinciding with the appearance of amounts of clouds at different heights, especially in the northern regions, intermittent showers of snow are expected over the northern mountainous heights in the border areas.

Night temperatures rise in all regions compared to previous nights, but they are close to zero centigrade in some regions, and the weather is cold to very cold in all regions, with the possibility of frost forming in separate parts, especially in the northern and western regions.

Clouds will continue to appear at different altitudes, and the opportunity remains for intermittent showers of snow to fall on limited parts of the northernmost regions.

The winds are variable in direction and light to moderate in all regions.