Iraq | The flaming center of the very hot air mass continues on Monday, and the temperature exceeds 50 degrees Celsius in the south again 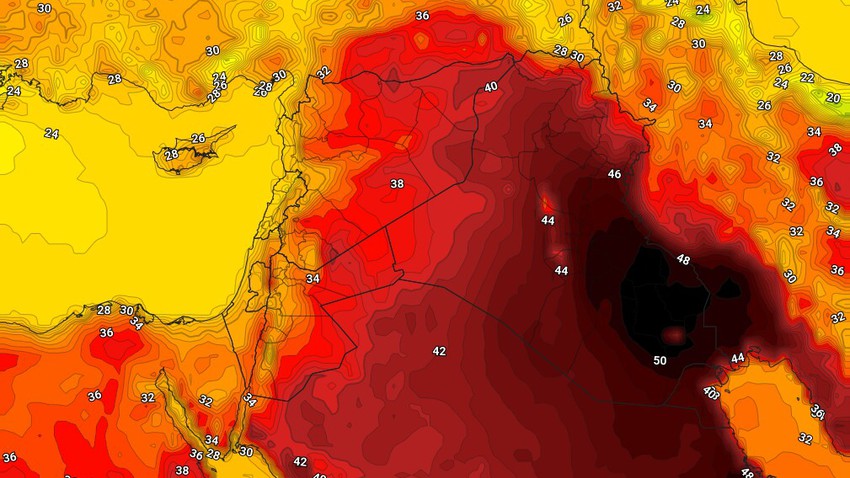 Arab weather - God willing, it is expected that the flaming center of the very hot air mass will continue to be positioned over Iraq on Monday, and temperatures will remain higher than their rates for this time of the year by about 8 degrees Celsius, and the weather will be very hot and exhausting in all regions, and there is a gradual increase in rates Dust, especially in some northern and central regions, especially southern ones, so that the weather becomes dusty to varying degrees.

Winds will be northwesterly to northwesterly, moderate in speed, in many areas, active at times and accompanied by strong gusts exceeding the 50 km/h barrier in the southern regions, and working to raise dust and dust.

A drop in night temperatures in the west

Winds will be northwesterly, moderate in speed, in many areas, active at intervals, especially in the southern regions, and they are dusty and dusty.