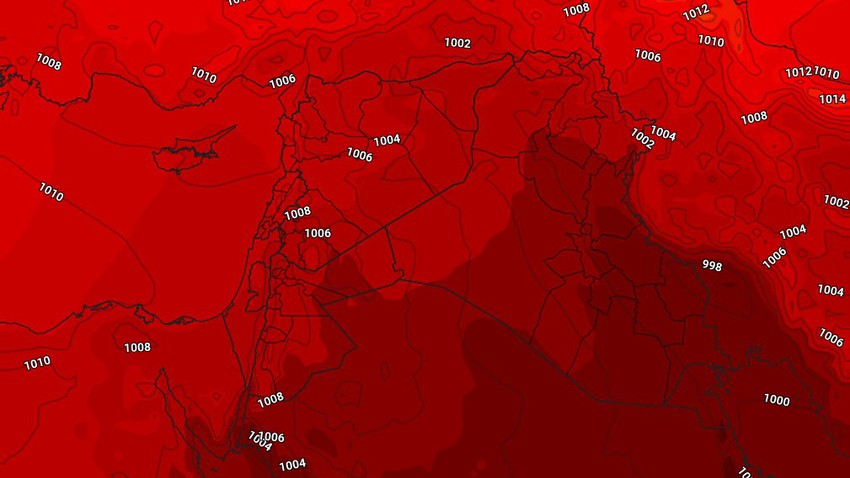 Arab weather - it remains around to less than its rates for this time of the year on Tuesday, and the weather will be hot in the western and northern regions, and very hot in the rest of the regions, and some clouds appear at different heights.

The winds will be northwesterly, moderate to brisk, with strong gusts exceeding the 60 km barrier in some areas, causing dust and dust.

Mild weather over some areas

The weather at night hours is relatively hot to hot in general, while it turns to become temperate in the northern and western regions, and there is an increase in surface moisture levels and clouds appear at different altitudes, including low clouds, especially in the western regions.

Winds will be northwesterly moderate in speed, active at times in some areas, causing dust and dust.

Iraq - updated at 4:50 pm | The effect of depression and thunderstorms continued in many areas

Iraq - Updated at 9:20 am | A cold front and thunderstorms in many areas will intensify in the coming hours