Iraq | The polar air mass deepens and brings rain and snow in the north, and freezing weather in the rest of the regions Thursday 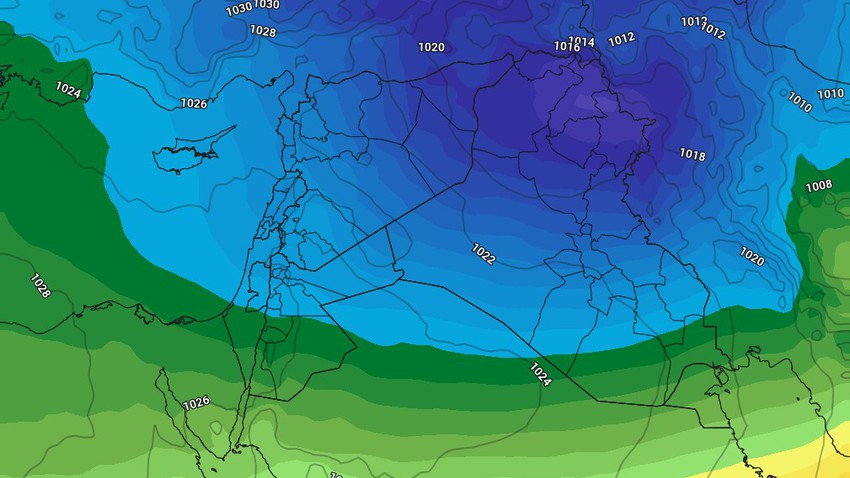 Arab weather - According to the latest outputs of numerical weather models, it is expected that the impact of the very cold Siberian polar air mass will deepen on Iraq on Thursday, as there is a decrease in temperatures to be below rates for this time of the year, where temperatures range between 3 and 12 degrees in most The regions of Iraq are several degrees below zero degrees Celsius in the northern mountains, and the weather is bitterly cold in the northern highlands, and very cold in the rest of the regions, with ice forming on the roads that witnessed snowfall, especially in the morning hours.

Clouds continue to appear at different altitudes in the north, and showers of rain and hail will fall on the areas, and snow continues to fall over the northern and northeastern mountainous heights as a result of the remnants of the cold air front that crossed later with the stability of the weather in the north at midnight on Thursday/Friday.

Winds will be northwesterly moderate to brisk, accompanied by strong gusts exceeding the 70 km/h barrier and significantly increasing the sense of cold.

With the formation of frost and freezing in large areas of the country, and ice forming in the wet roads amidst unusual for Iraq to witness for several continuous days and Siberian polar temperatures with distinction.

The winds are northwesterly, light to moderate in speed, energizing at times and increasing the sense of cold.