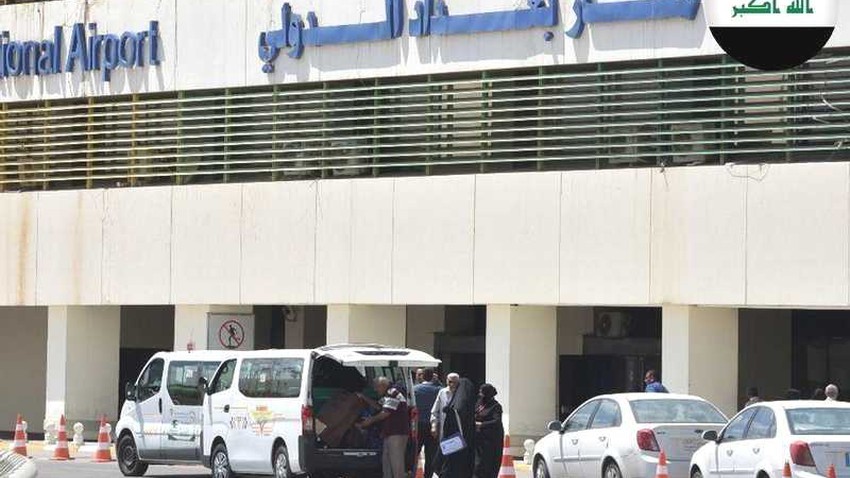 Weather of Arabia - Civil aviation traffic resumed at Baghdad International Airport today, after a hiatus that lasted for hours due to the dust storm that swept the country.

And the administration of Baghdad International Airport announced in a press statement the return of air traffic at the airport to normal, the flow of flights, and the visibility of 650 m, after stopping this morning due to dust storms that affected the country.

Najaf and Erbil airports also announced the resumption of their flights, while the administration of Sulaymaniyah International Airport suspended flights today due to the decline in visibility to very low levels.

For its part, the Ministry of Communications in the Kurdistan Regional Government of Iraq announced the suspension of flights to and from Erbil International Airport due to the dust storm.

The Iraqi Ministry of Transport had decided to stop the movement of flights in all Iraqi airports, due to the lack of visibility, which may reach 100 meters or horizontal visibility may be absent, until the atmosphere stabilizes in general.

The ministry indicated that the country was affected by an air rise from the eastern Mediterranean, accompanied by an air mass that caused dust to rise from the northwestern and western sections towards the central and southern regions, and the General Secretariat of the Iraqi Council of Ministers announced the suspension of official working hours in state institutions, due to bad weather conditions.

For about a month, Iraq has been subjected to continuous dust storms, which reduced the level of visibility, and caused hundreds of citizens to suffocate, who were admitted to hospitals.