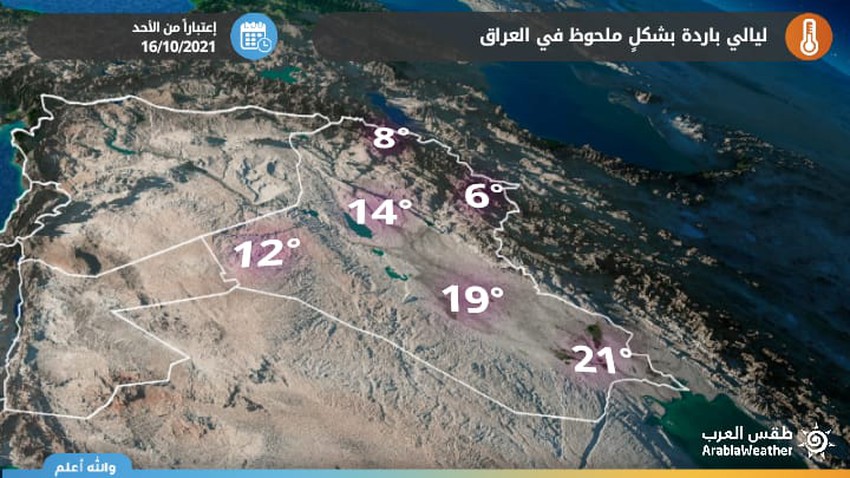 Arab Weather - The latest output of the numerical weather models processed by the Air Operations Department at the Arab Weather Center indicates a significant decrease in night temperatures in Iraq, starting on the night of Sunday / Monday and during most of the rest of the nights of the week, reaching unusual levels in some areas, with a percentage of For this time of year.

Temperature below 12 degrees Celsius over western regions at night

Minimum temperatures are around 12 degrees Celsius over the western regions, while temperatures range between 12 and 20 degrees in the rest of the regions, including the capital, Baghdad, and are below that in the northern mountains.