Iraq | Thirty degrees temperatures in the central and southern regions Thursday, with a chance of thunderstorms in some areas 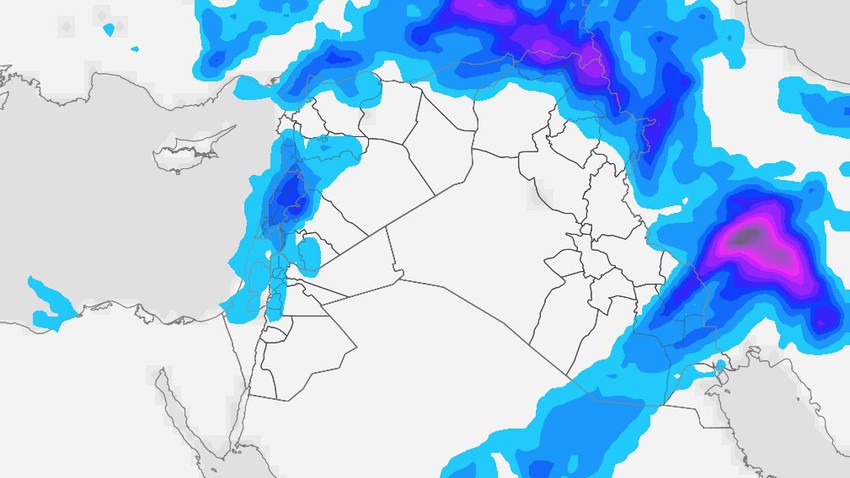 Arab weather - It is expected, God willing, that there will be a decrease in temperatures in the far western and northern regions, offset by an increase in the rest of the regions on Thursday to be higher than their rates for this time of the year by about 7 degrees Celsius, and the weather will be cold in the western and northern regions, warm to relatively hot in the rest of the regions.

With the spread of quantities of clouds at different heights, and a state of atmospheric instability gradually arises, especially in the afternoon, and the opportunity is prepared for showers of rain in random areas concentrated in the northern and southern regions, and it is not excluded that they are accompanied by the occurrence of thunder sometimes, and the opportunity is created for snow showers Over some tall peaks.

On Thursday, the winds will be west to southeasterly, moderate to active speed, accompanied by strong gusts of more than 80 km/h, especially in the western and eastern regions, causing the occurrence of dust waves that include desert roads such as the Baghdad International Road.

Clouds continue to appear at different heights, and showers of rain fall on the far northern regions, in the form of accumulated showers above the towering peaks, especially after midnight, and the opportunity remains for thunder showers of rain in separate areas of southern Iraq.

Winds will be northwesterly to northwesterly active, with strong gusts exceeding the 60 km/hour barrier that stir dust and dust, and may form dust waves.